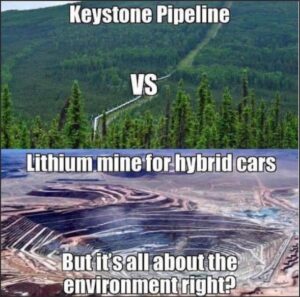 The original meme posted on Bacon’s Rebellion and in Facebook.

On Sunday I published a meme from The Bull Elephant blog that used two photos to contrast the environmental footprint of the Keystone Pipeline with that of a lithium mine for hybrid cars. The point, as any thinking person would immediately grasp, was to highlight the inconsistency of those who decried the environmental impact of the pipeline but ignored the impact of a lithium mine. It was a meme. Memes, by their nature, over-simplify arguments. I posted it not because it provided a fair-and-balanced exegesis of the issue, but because the juxtaposition of images reminded readers that one cannot consider the environmental impact of gas- and 0il pipelines without also considering the impact of their renewable alternatives, which require the large-scale mining of lithium, rare earth minerals, and other elements.

The next day I cross-posted the meme on the Bacon’s Rebellion Facebook page. When I checked that page today, I found that the image had been stripped away and replaced with the following notice: “False Information. The same information was checked in another post by independent fact checkers.” 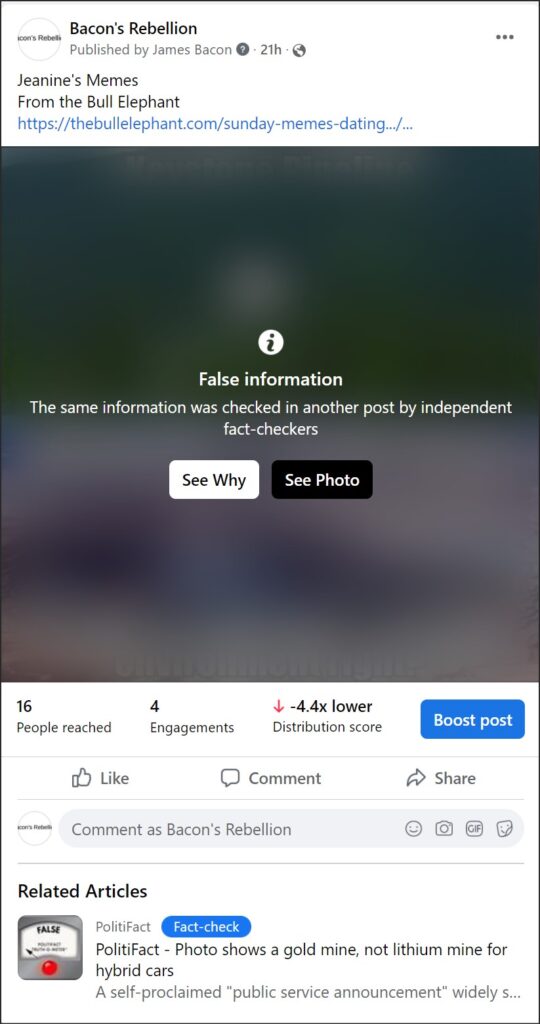 What was “false” about the photo? Facebook cited PolitiFact as saying that the photo shows a gold mine, not a lithium mine.

Let’s examine that assertion. Here’s the photo of the “gold” mine from the meme: 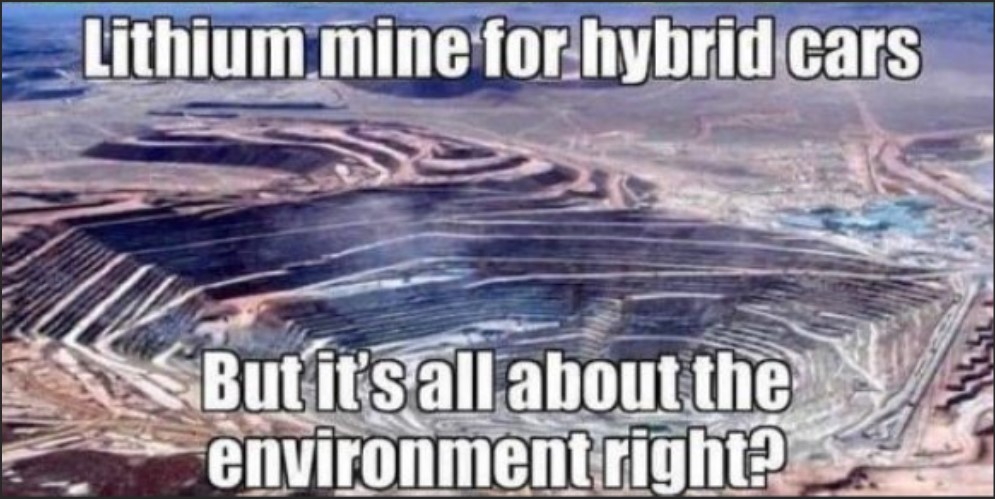 Now, here is a photo, found on Bing, of the Talison lithium mine in Australia: 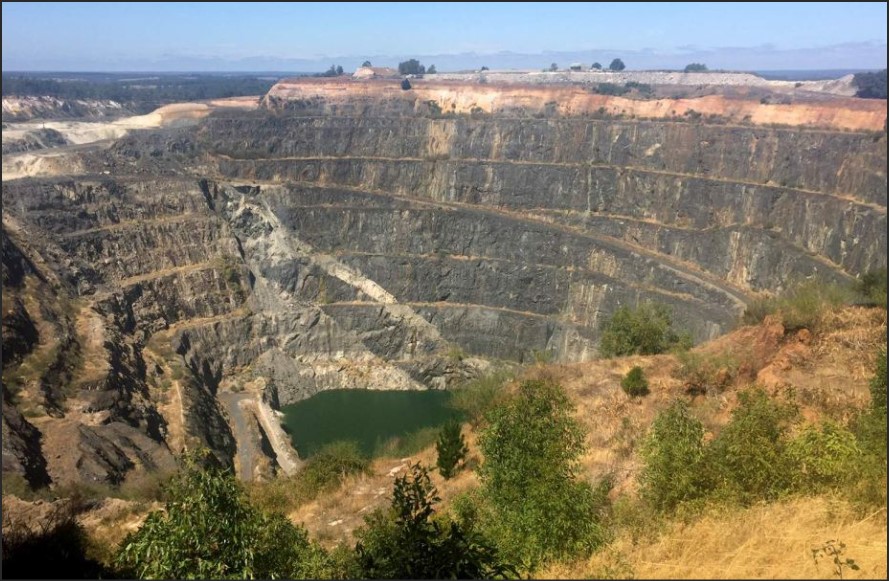 From an environmental perspective, there’s not a dime’s worth of difference between the gold mine (assuming it actually is a gold mine) and the lithium mine. Both are huge open-pit mines that require removing, crunching, and processing millions of tons of rock. Both have a tremendous negative impact on the environment, which was the meme’s message.

Technically, the meme might have been inaccurate in describing the gold mine as a lithium mine. The person who composed the meme should have been more careful. But the error was inconsequential. It didn’t change the meme’s message in the slightest.

However, Facebook didn’t treat it as an inconsequential error. Facebook blocked the meme and declared it “false information.”

It was a friggin’ meme! You might as well fact-check satirists and comedians. Block references to Gulliver’s Travels on the grounds that “Independent fact checkers have determined that Lilliputians do not exist.”

Lesson to be learned: This is one small example of the infowars being waged to influence how Americans perceive the world. Facebook has taken sides. Certain topics — or perhaps I should say certain perspectives on certain topics — are impermissible. That’s reality. Even if Politifact says it isn’t.

This entry was posted in Blogs and blog administration, Media. Bookmark the permalink.