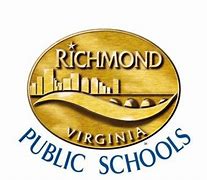 The hottest buzz around many of the public schools, including my home area of Virginia Beach, is around the very real hardships posed by unprecedented staff shortages.

On return from COVID, it seems that our schools faced record shortages of personnel to deal with students that were traumatized and afflicted with massive learning losses.

I said “seems” because there is no accurate count. The new online report VDOE has recently published shows billet vacancies as of October 1 2021 to be 2 1/2 times a similar count it provided me two years ago.

A compelling and disturbing trend. Yet the personnel problem is even worse than we presently have documented.

The new, comprehensive VDOE report of public school personnel shortages is false because some of the inputs were false. The real numbers were higher.  In some cases much higher. Lies were told. I will demonstrate that in this article.

Other well-documented data show both an outsized number of pending retirements from the schools and the ongoing and rapid collapse of the new teacher pipelines.

And we don’t have a sufficient number of professional support specialists — school psychologists, social workers, school counselors and others. That also cannot be quickly remedied.

So the trends are all going in the wrong direction. For the schools, supply is decreasing. Demand, driven by programmatic decisions at VDOE as well as the strain of remediation of COVID learning losses, has been increasing.

This word for the crisis is existential. With a tip of the hat to Herb Stein, things that cannot continue will stop.

Virginia is extraordinarily late in getting started to prevent all of this from happening.

The Virginia Department of Education (VDOE), tasked to report public school staffing data each year to support budget and legislative recommendations, has failed in part because of some false reporting from the division level.

I will demonstrate that here using the reporting of the Richmond Public Schools (RPS).

Then there are the 21 smaller divisions that reported no teacher shortages at all on October 1 – not one. Possible, yes. Likely?

Read Matt Hurt’s column in The Roanoke Times for a short list of the recent add-ons to school responsibilities.

The overall problem — current shortages, pending retirements, broken pipelines and expanding requirements — is bad enough that we need to fundamentally re-think what we are trying to accomplish in public schools.

The Governor and General Assembly have no idea of the actual scale of the linked problems in order to address them.

VDOE had better hurry to help them figure them out.

Last fall for the first time VDOE collected integrated workforce data from the school divisions. That Positions and Exits Collection (PEC) replaced two other reports. The as-of date was October 1, 2021. The due date for this first year of the report was December 17. It is a complex report. Line item errors can be expected. But the report as a whole should make sense.

That data collection is posted as the Staffing and Vacancy Report.

The Staffing and Vacancy Report includes data collected via the annual Positions and Exits Collection (PEC) which began in the 2021-2022 school year. It enables the commonwealth and school divisions to comply with the reporting requirements necessary to address critical staff shortages of 140 positions including both licensed and unlicensed personnel by geographic region and measure growth and decline of required staffing levels. [emphasis added].

Unfortunately, the important goals of that work have been frustrated. The information prepared for the Governor and General Assembly has no basis in reality.

Richmond Public Schools (RPS), for one, filed false data on shortages of both teachers and other school personnel involved in the oversight, support or direct instruction of children.

RPS reported below (a new report available in Build-a-Table):

Five vacancies out of 4,112.2 FTEs. Probably not. Actually, definitely not.

I have downloaded the reports from the VDOE website on RPS Administrative, Aides and Paraprofessionals, Non-Instructional Personnel and Teachers  staffing. A glance at each will help you understand the level of detail asked and provided by each division. More importantly, it will show the complexity we have defined into our school divisions. Just ignore the numbers from RPS.

The RPS data fail the test of reasonableness and no one called RPS on it. VDOE took those results and published them, apparently no questions asked.

Other Divisions. For comparison, here are the same reports from Chesterfield, Henrico, Fairfax County, Norfolk and Virginia Beach.

We have no way of knowing the exact accuracy of the five divisional reports above, but at least they meet the test of reasonableness.

As for the aggregated state statistics below, we know for sure they are wrong, just not by what order of magnitude.

But back to RPS. All the RPS report drafter or the Superintendent or the VDOE had to do was to check RPS’ own jobs website.

I checked it yesterday. RPS was advertising to fill vacancies for more than 150 teachers and 70 others school personnel in academic support positions.

I used Wayback to find the closest date after October 1 2021 that it had taken a snapshot. That date was December 2, 2020. The Wayback snapshot only shows the first page of six. But on that date, only five weeks after the as-of date of the report and more than two weeks before the report was submitted, we know from the page count at the bottom of the snapshot that RPS had even more open school positions than the 220 it advertised yesterday.

I do not know what to assume about the quality of the data from the rest of the divisions, but RPS needs to reconsider the position of whoever was responsible for that report.  This is not a training problem.

This has been happening for years on reports that originate from RPS. Virtually every report that I have run to ground has been wrong, misleading or both and demonstrably so.

The RPS line on the bus driver shortage report that was part of this data collection appeared reasonable. Must have been another staffer.

Data. The majority of divisions work hard to get the numbers right, but blatant lying about important decision support statistics needs to be sanctioned by the Commonwealth. False data passed along to the federal government already risks federal sanctions.

Second, I wrote a column recently suggesting how to fix Virginia’s educational data problem. That problem affects every report and every decision made from those reports. My solution does not let the divisions write data, only read it. The schools write the data.

In the interim, which my friends from the capitol area assure me may be forever, how about requiring the Superintendents to initial such reports before they leave the building. In Richmond, Superintendent Kamras cannot have been clueless enough to think his entire division had only five vacancies, so he never saw it.

Then, whoever receives and collates such reports at VDOE, how about taking some initiative to spot check them for obvious nonsense. Breaking news: RPS did not have only five vacancies out of over 4,000 positions in October. Twenty-one divisions each with no vacancies?

Simplify the schools. Next, we need to simplify fundamentally the assigned functions of the public school.

I suggest readers look for a lesson in exploding requirements at two manuals for school discipline, one from 2015 and the other from 2021. Without judging the merits of each, the 2015 version was 47 pages long and the 2021 version 168 pages.

Major additions to school discipline bureaucracies were required. Any indication that school discipline has improved? Not in the data. Those will be massaged to provide what is expected. Are the schools safer, quieter and better places in which to learn, which is the reason for discipline in the first place?

We have created a monstrosity of a school structure driven by constantly expanding state requirements.

That monster is an offspring of our graduate schools of education, always fascinated by something ponderously renamed, informed by fluid dogma and greatly expanded to fill a newly-imagined need of some state-funded university “center.” Each of those “centers” has looked in the mirror and seen a brilliant and irreplaceable champion of something or other.

Ask yourself: Has any university ed school ever proposed shrinking or eliminating an existing program? Time is up for your answer.

VDOE needs to start with a fresh sheet of paper and figure out what programs, and thus personnel, schools actually need. Don’t let any sub-panels be chaired by or have a majority of people with graduate degrees in education.

Ask Success Academy what it defines as its personnel and personnel training requirements to produce the world class results they get in elementary, middle and high schools. Start there.

Bottom line. Then figure out how we are going to educate, recruit and retain the teachers and other personnel we require to educate our children.

It is time that the Governor and the General Assembly take an active role in the fix to a terrible and accelerating problem.

Existential is the right word for the threat to the public schools.