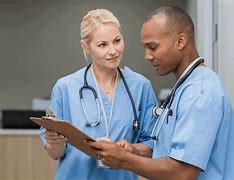 The University of Pennsylvania School of Nursing has instituted a terrific program thanks to a wealthy alum who gave $125 million to recruit and train nurse practitioners to practice in underserved communities.

The Leonard A. Louder Community Care Nurse Practitioner Fellows program will be tuition-free and students who still need help will be granted stipends. The program will start with 10 enrollees next year, eventually reach an annual target enrollment of 40 Fellows, and will be sustained by income from the grant. (See the link above for additional details.)

What attracted me to this is the need in Virginia.

The program fits like a glove with a parallel program, Health Enterprise Zones, which in Maryland has saved enough Medicaid money to fund a Virginia Nurse Practitioner Fellows Program here.

I  wrote a bill that was introduced in 2020 by then-Delegate Jason Miyares, R-Virginia Beach, to establish a Heath Enterprise Zones (HEZ) initiative modeled after Maryland’s hugely successful program. I wrote about it here. The Virginia Hospital and Healthcare Association (VHHA) reportedly supported the bill. It passed overwhelmingly in the Health Committees.

It failed in Appropriations — because, I assume, the Fiscal Impact Statement did not project the Medicaid savings that were proven in Maryland.

Maryland’s HEZ program, a collaboration between local communities, federal programs and the state, has:

The Maryland HEZ program has saved enough money from lower hospital ER visits and admissions that, if it were modeled in Virginia, the savings would easily fund a nurse practitioner program here to staff it.

Virginia has at least eight schools of nursing that offer nurse practitioner programs:

I hope they will take these twin initiatives from other states, combine them, and get them into law here with leadership from the Governor.

I cannot find any losers in such a program, and can identify a heck of a lot of people in underserved communities who would benefit greatly.