Enough with the Corned Beef and Cabbage 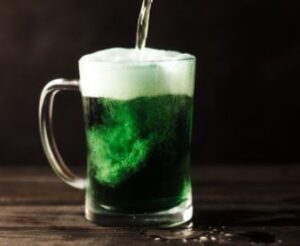 We ought to talk today about Gov. Ralph Northam who with the stroke of a pen yesterday sped up the restoration of voting rights to an estimated 69,000 Virginia felons on parole or probation. You know, guys like cop killer Vincent Martin and Hugh Joseph Brown, the killer we wrote about earlier this week who shot his pregnant girlfriend and set her body on fire. Both were released last year by Virginia’s screwy parole board.

Northam’s executive order is a fairly important development. But one that can wait.

There’s a matter of extreme urgency.

It’s St. Patrick’s Day and I feel it’s my duty to deliver my annual reminder that corned beef and cabbage isn’t an Irish dish. No one in Ireland eats it. So there is no reason to serve it on March 17th.

Not that it will do any good, of course. Americans will believe what they want to believe. Just as I will continue to urge corned beef lovers to consume it on some other day of the year. Like Flag Day or Easter. But please stop pretending it’s Irish.

Yes, I’ve written this before, but it didn’t do any good. Supermarkets are running corned beef specials and customers are buying the stuff.

So here we go again:

I had my reasons.

One was that I was a cub reporter at a big-city daily who longed to be a foreign correspondent. A war reporter, if possible. That would have required years of yeoman’s work at the paper that employed me.

I was the impatient type. So I took my meager savings and moved to Dublin.

Suddenly, I was living in an English-speaking country with a war raging on its border. OK, not a war, exactly: The Troubles. I arrived shortly after the IRA prison hunger strikes – a volatile time in Irish history. There was plenty of work on both sides of the border for enterprising journalists.

I wrote some about the conflict, but more about other topics: the kidnapping of an Irish racehorse, the wild changes in Irish politics, the Irish criminal justice system. And nuns. Lots of stories about nuns.

During my years as a freelancer, I lived with various Irish roommates.

Why go to such lengths to establish my Irish credentials?

Because, what I’m about to say will infuriate many whose knowledge of Ireland comes mostly from reading the back of Lucky Charms boxes and the food sections of American newspapers.

In all that time in Ireland, all those years of eating Irish food and drinking Irish drinks, I never encountered corned beef and cabbage.

Because it’s not an Irish dish.

You want to eat Irish food today? Throw that stinking mess in the trash and get yourself some cabbage and bacon. Or boil up some potatoes.

You don’t have to take my word for it. Ask any Irishman.

“There is no such thing as corned beef and cabbage in Ireland,” declared my old friend, Irish publisher Niall O’Dowd. “Never was. Never will be.”

O’Dowd, who worked closely with the Clinton administration on negotiations that led to the Good Friday Agreement that essentially ended the hostilities in Northern Ireland, has been a guest at the White House 25 to 30 times, he estimated.

Was he ever served corned beef and cabbage there?

“Never,” he said, proving that someone in the White House kitchen knows the difference between real Irish cuisine and some sorry American interpretation of it.

Still having a hard time swallowing the truth about corned beef and cabbage?

In a 2013 Smithsonian magazine, “Is corned beef really Irish?” Shaylyn Esposito explained that the dish was embraced by Irish people only after they came to America and lived adjacent to Jewish neighborhoods where corned beef was sold.

O’Dowd, who immigrated to the U.S. in the late 1970s and whose brother is a prominent Irish politician, said Paddy’s Day was an unexciting holiday when he was growing up in County Tipperary.

“It was a religious holiday,” he recalled, noting that people went to mass and spent the day with their families.

“The Irish-American take on St. Patrick’s Day brought joy and fun to the holiday,” O’Dowd said, appreciatively. “And pride in Irish culture.”

Green beer, pub crawls, parades and marching bands all originated in America and made a sort of reverse migration to Ireland in recent years. There, the Irish have eagerly adopted many aspects of our outlandish American celebrations.

All but one, that is.

“They haven’t bought into the devil’s food,” O’Dowd said, laughing.

And neither should you. Not today anyway.