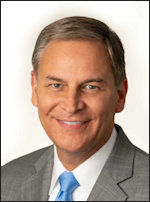 Residents in the Richmond area are represented by three Republicans in the state Senate with very different views of Life and Family. All three will be on the ballot Tuesday.

When it counted, Siobhan Dunnavant stood strong for children and the unborn. But sadly, Glen Sturtevant and Amanda Chase chose discrimination and bigotry over Life. Sturtevant and Chase acted as charlatans who sent a very clear message with their votes that our son did not even have the right to exist.

The bill, HB1979, which Dunnavant supported and Sturtevant and Chase callously voted against, is also known as “Jacob’s Law,” and was inspired by my son and the horrific four-year legal battle that my husband Rick and I endured in an out-of-state court. The bill was simple – eliminate discrimination in Virginia’s parental rights laws for children born through surrogacy so that all intended parents are treated equally. The bill brought laws on surrogacy in line with those that existed for adoption in Virginia. Most importantly, the bill – which is now law thanks to bipartisan support – means more frozen embryos can be rescued and saved from potential destruction.

The inequality that once existed in Virginia law meant our son Jacob had to be born in another state. Our family then experienced the worst of our legal system when an activist judge took away our parental rights for no valid reason after those rights had been already granted in our uncontested case. What followed was months of legal maneuvering, sleepless nights, constant nausea, thirteen lawyers and second and third mortgages. The ruling, called “harsh” and “weird” by another judge, deliberately left our son an orphan and branded us “human traffickers,” all because my my family saved an embryo and gave him Life and a Family.

The disgraceful ruling was eventually overturned soon after the activist judge resigned from office, and Jacob is forever safe with us and his two sisters, C.J. and Ellie. But no family should have to endure the emotional torture and anguish that we suffered. Our whole family traveled to Richmond to share our story in front of House and Senate Committees, and we were humbled by leaders like Senator Dunnavant who stood with us and other families across the Commonwealth. We were equally as disgusted at the callous disregard for Life and Families displayed by Senators Sturtevant and Chase who unsuccessfully tried to kill the bill, following the vitriolic lead of hateful special interests who spread cruel lies and intentional deception.

As a result of “Jacob’s Law,” more lives will be saved. More families will be built. And Virginia is an even better place to live, work and raise a family. As a father, I urge voters to remember Tuesday which Virginia State Senator stood up for Life and Family, and which ones turned their backs.

Jay Timmons, a resident of McLean, is former chief of staff to Republican Governor George Allen and former executive director of the National Republican Senatorial Committee.

This entry was posted in Abortion, Children and families, Culture wars, Elections and tagged Guest contributors. Bookmark the permalink.