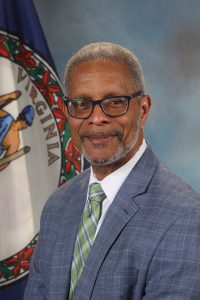 The Northam administration has just had an embarrassing case of managerial incompetence exposed.

A series of articles by the Richmond Times-Dispatch’s Patrick Wilson (here, here, and here) sets out the story of the Department of Health laying off 14 state employees who monitor drinking water systems across the state, including six field directors with a combined 180 years of experience, due to “budget error.” This office monitors water quality across the state, enforces state and federal drinking water standards, handles inspections and permits, and assists with lab testing.

The sad tale has its beginning in 2019, when the Department of Health’s Office of Drinking Water, being advised by agency administrators that it had the funding to do so, provided salary increases to 55 employees in the office and opened a field office in Richmond with four people. It turned out that advice was wrong, with a resulting shortfall projected to be $1.4 million this fiscal year. So, now, almost halfway through fiscal year 2022, the agency, facing a budget shortfall in that budget line item, tells these 14 people they are going to be laid off, effective January 9.

Let’s look at the current situation:

In fact, the Governor’s office announced Saturday that the Governor has reversed the layoffs and directed the Department of Health and DPB to “fix the Office of Drinking Water’s budget shortfall now so that no one will lose their positions — this office and these individuals are too important to do otherwise.”

Oliver acknowledged that the Office of Drinking Water had been given bad information by the department’s budget office. However, he also tried to blame “flat” revenues from fees and even tried to shift some of the blame to DPB.

The Department of Health did not submit a budget request for the “caboose” budget bill or the budget bill for the upcoming biennium for an appropriation to fix this problem. When asked why the engineers were being laid off, he replied, “And when we make bad decisions, like increasing our expenses beyond our revenues, it’s on us to resolve that issue without going to the governor and saying, ‘Help me out. Give me more money to resolve a bad decision.’ ”

In other words, in order to avoid the embarrassment of having to go to his superiors and admit his agency had made a major mistake, he was willing to lay off 14 employees, at least six of whom were long-time employees, who had done nothing wrong, in the middle of the largest revenue surplus in state history.  Those employees and their families must have had some agonizing moments going into this holiday season. If it had not been for the newspaper getting hold of the story and telling it, he would have gotten away with it.