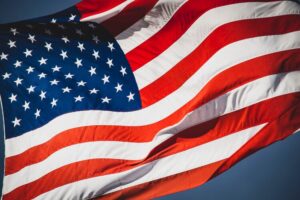 I am an optimist by nature. Optimism wins elections, and optimism can bring about democratic change.

Governments at their most basic level are created by people to protect themselves from outsiders and to minimize conflicts within their own ranks. From a condo association to Congress, that is a core role.

I believe that representative government is the only form of democracy that scales and the form most likely to protect the weak. I believe in the rule of law and in traditions and institutions as stabilizing forces. I defend the individual rights embedded in our constitution.

I believe that self reliance is a core value of America. So is compassion. I support a policy of writing checks to help the disadvantaged in a crisis, but long-term policies that help them pull themselves up. There is dignity in that. People need dignity.

I oppose a distorted rationalism that seeks to put every responsibility on government and a rationalist government that inevitably settles on picking favorites and attacking religion.

I regret the cascading failure of the regional newspapers as perhaps the biggest internal threat to representative government in my lifetime.

“In a 1992 essay, novelist Saul Bellow noted the prevalence of a particular class of people: well-intentioned, well-educated folk, uninterested in the mental workout involved in forming original opinions, preferring instead to purchase them wholesale, packaged and delivered by the good people at the New York Times or the news anchors on NBC. Their taste for packaged opinion stemmed from their desire to be approved by their peers. “The right sort of thinking,” Bellow writes, “makes social intercourse smoother. The wrong sort exposes you to accusations of insensitivity, misogyny, and perhaps worst of all, racism.”

“The activists are seeking a radical rewriting of the entire rational project, and any reason that doesn’t forward their favored actors as the sole arbiters of what is true and correct needs to be deconstructed by rhetorical tricks and marginalized by moral and, perhaps, physical force and intimidation.

Have you ever noticed how revolutionaries favor revolution, but only one?

Have you noticed how, if elected, revolutionaries subscribe to what the diplomat Ed Djerejian described as “one man, one vote, one time”?

Racial preferences are offered as a solution to real and deplorable historical events, but its adherents diagnose that history as a series of failures rather than a series of steps forward. They prescribe dealing with what they consider a one-of-a-kind symptom, black skin, rather than the diseases, entrenched poverty, poor health and poor education that effect black Americans disproportionately but not solely.

They neglect both personal dignity and the necessity in a free society to gather some level of consensus. They will never get consensus on quotas based on race, never on reducing public safety to make a statement, never on speech control codes.

In the realm of picking favorites, favored actors as sole arbiters and intimidation of non-believers form the basis for the recommendation of the University of Virginia’s Racial Equity Task Force to Launch the Equity Scorecard.

The scorecard is unapologetically designed to maintain critical race theory orthodoxy in perpetuity. Orwell would recognize the type.

“The Equity Scorecard would be coupled with regular assessments of processes and programs across all racial equity initiatives and across the life cycle of faculty, staff, and students in their relationships with the University. These qualitative and quantitative assessments would specifically engage in review on the basis of an analysis of equity impact.”

So faculty, staff and students need a monitoring system to ferret out those who may diverge from approved dogma? Does it sound like someone five years from now will be encouraged to develop a better foundation for equity than race?

Some may read it differently, but I hope no one, anywhere, ever needs to work under such a system.

Virginia’s political demographics offer the perfect laboratory for trying to deal with class, not race.

The communities in the bottom quartile of poverty statistics are mostly clustered in a few of Virginia’s cities, in the Black heartland between Richmond and the North Carolina border and in communities with largely white populations in Southwestern Virginia.  Some are safe Democratic seats, some rock solid Republican districts. That represents an amazing opportunity.

I tried for a long time to leverage that opportunity in health care.

I wrote a bill for Health Enterprise Zones designed to improve primary care in poor areas. It was designed after a similar and highly successful program in Maryland. Republicans sponsored it in the General Assembly. It got every Republican vote in the House, but it failed. It had proved to greatly improve the health of the poor people it served, but its main economic value was found in Maryland to be huge reductions in Medicaid hospital admissions. Democrats in Richmond won’t buck the hospital lobby even for this.

I hope education is different. Teachers are a powerful lobby in Richmond. They will continue to support educational research and focused action to help alleviate the effects of poverty in education.

Certainly the spreadsheet I introduced yesterday and updated today Rev 1 Reading and Math Virginia 2018-2019 SOL results by State and Division by Subject by Subgroup.numbers with additional color codes illuminates astounding SOL successes in some districts with high poverty rates and without half the resources of Northern Virginia schools.

A focus on helping the poor can help a disproportionate number of black children without the divisiveness of a focus on race. I hope our representative government in Richmond is mature enough to give it a try.

Education vs. Place, Race and Class

Open VirginiaMap_Cities-Counties  in a new window.  It will help as a visual reference.

Each of you may take different observations from the spreadsheet data. I will offer some of my own:

Please notice that there are six sheets in the package. The first named introduction contains the data definitions and sources. You can find out in the other five more than you ever wanted to know (or knew existed) about any of the 133 Virginia localities ranked by that foundation.

For your convenience I sorted the “Ranked Measure Data” sheet by % of children in poverty. It goes from fewest, Falls Church’s 3%, to Petersburg’s 39%.

There are so many variables. That is the point.

Working to repair class disparities in education will provide much improved racial and ethnic diversity in our colleges without the endless turmoil that will come with an attempt at a racial spoils system.

Such an effort will pass the Bakke test, and most importantly it is the right thing to do.