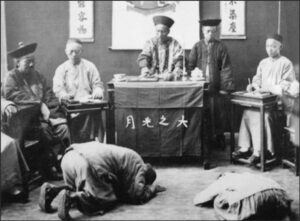 In case you missed it, Northern Virginia Community College is now not only committed to excellence in academics, it is also committed to “education programming that helps participants further understand broader issues of systemic bias and structural racism that contribute to a false hierarchy of values.”

This mission has been given to NOVA by the American Association of Colleges and Universities (AACU), which has selected NOVA to be a “Truth, Racial Healing, and Transformation Center.”

As a citizen of Virginia, and not just as a college professor, I have to ask what business it is of any public institution to determine which values citizens should have, and I have to question the honesty and ethics of educators who determine for themselves how equal citizens should view the world and what attitudes they should have. I have to ask what right educators have to use their classrooms to achieve this affective goal, and how such educators can look themselves in the mirror without seeing themselves as the traitors they are when they do so.

It is not the right of a college to decide what the values of citizens should be, and then actively work to achieve that singular political outcome. This is not the mandate given to American Education or Educators. It is the job of a college to represent the values of the citizens in the community as they exist, not to judge them, or favor one set over another. But because the AACU and NOVA’s leaders have decided that America’s values are “false,” they now believe that that have the right to alter the mission of the college to achieve the “true” values.

This foolish assumption of power by AACU, NOVA, and the VCCS cannot end well. And so, I must also question the competency of education leaders who fail to see that the system they are installing is an historically dangerous model, for once constructed to achieve this seeming social good, it will then be used to indoctrinate and control, rather than to empower and liberate, the human mind. In fact, it is a national socialist design, the same as prevailed in Germany in the 1930’s. It is promulgated in the same way, serves the same purposes, and relies upon the same instruments of persuasion: force, fear, and racial scapegoating. Its goal is the same as then: to control the education of young people in order to engineer society and create what they believe will be a better state. Its purpose is indoctrination, not education.

Why should NOVA retain tax-exempt status when it takes upon itself the deliberate and intentional mission of altering the attitudes and world views of citizens, and fails to represent and equally respect the array of ideas and attitudes that exist naturally within the community, and instead advocate for one world view? This is a political objective.

Thus, Virginia citizens should be very clear that educators or institutions, such as NOVA or the AACU, do not have the right to determine what values citizens should have. Each of our equal citizen-students has the inherent natural human right to his or her own values, even the ones we personally do not like or agree with. They have the constitutional right to develop and determine those values without our intentional interference. Once we deliberately align the institution and instruction with only one view of truth, then all truth is lost in the authoritarian design such intention creates. Then, the very processes of knowledge construction will be corrupted and knowledge creation will lack integrity. In the end, it will destroy the true source of the wealth and power and freedom in America: the ability of the people themselves to think independently, to create new things, to adapt, and to question the universe openly and freely in pursuit of their individual dreams as determined by THEM.

Finally, I have to ask, and hopefully Congress might think about asking, when and how the AACU rose to such power as to direct and coordinate a national effort to subvert democratic institutions and create a national socialized education system? When did we give the power to “racially heal” American society to the Education system?

The answer is, we never did: the system has been usurped.

A.L. Schuhart is a Professor of English at NVCC-Annandale. He holds a Doctorate in Education. His area of specialization is Scientific Rhetoric; he teaches both Scientific Writing and American Literature, among other things.

This entry was posted in Culture wars, Education (K-12). Bookmark the permalink.