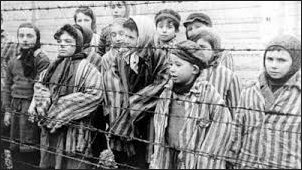 No question: The Holocaust was one of the defining events of modern history. An estimated six million Jews and five million others (Poles and Roma, mostly) died under the Nazi regime’s genocidal programs. No question: Ignorance of the Holocaust among American youth is startling and dismaying. A 2018 survey of Millennials found that 66% could not identify the Auschwitz death camp. No question: Virginia schools need to incorporate teaching of the Holocaust and other genocides into their history curricula.

But does Virginia really need a Holocaust and Genocide Advisory Committee?

Does Virginia really need to develop, as called for in HB 916, a “robust model curriculum and teacher training module” to provide instruction on the Holocaust and other historical genocides for the purpose of providing “anti-bias education for public school students in the Commonwealth?”

Under the bill introduced by Del. Mark Sickles, D-Alexandria, the Advisory Committee would go beyond just teaching about the Holocaust. He envisions a broader initiative in which case studies and instructional lessons in public schools would explore the Holocaust and other genocides “in the context of how lower levels of hate, ridicule, and dehumanization” led to wider acts of violence. Anti-bias education also would provide “tools for responding to different forms of racism, bigotry and discrimination,” and explore “slavery and other forms of historical dehumanizing injustice.”

Wow. I guess Virginia’s public schools aren’t politically correct enough. Now we need a formal program of indoctrination in which legislators not only dictate which subjects to teach but how to teach them.

This bill isn’t really about the Holocaust. It’s about “anti-bias education,” and it’s about using the horror of the Holocaust to legitimize and impose leftist thinking in public schools across the state.

The Virginia Standards of Learning for history already mandate the teaching of the Holocaust. Under the topic of “The Modern Era,” 11th graders learn about World War II and its global impact, including, specifically, “the Holocaust and other examples of genocide in the twentieth century.”

There was another 20th-century genocide that most Americans have never heard of: the Holodomor. The what? Most Americans have never heard of it. Holodomor is the name given to Stalin’s mass collectivization and state-induced famine of Ukrainian farmers. An estimated seven million died — more than the number of Jews in the Holocaust. But if 66% of American youth could not identify Auschwitz, I feel fairly safe in saying that 99% could not identify Holodomor. At least the Holocaust is remembered in popular American culture. There has been no lack of movies and books about the Jewish genocide. Last year Haaretz.com published a list of “18 of the best” Holocaust movies — not including Schindler’s list.

Would a Holocaust and Genocide Advisory Committee include Holodomor in its list of “other forms of historical dehumanizing injustice” emanating from leftist ideologies and regimes? Would the committee discuss the 15 million Chinese who died from starvation, overwork, and famine during the Great Leap Forward? Would it mention the Cambodian genocide at the hands of the Khmer Rouge? For that matter, would it acknowledge the Turkish genocide against Armenians, the ISIS genocide of Christians and Yazidis, or the Hutu genocide against the Tutsis of Rwanda?

Or will the Advisory Committee focus overwhelmingly upon on the genocide of Jews in the Holocaust and Africans in the slave trade as an adjunct to the indoctrination of a leftist perspective on contemporary anti-Semitism and race relations?

I’m not optimistic. Virginia already has a Council on Environmental Justice, which views every environmental issue through a lens of race, and Governor Ralph Northam has implemented a wide variety of “social justice” initiatives in the Virginia Department of Education. I have no idea what he thinks of the bill, but if HB 916 were enacted, Virginians have every reason, based upon experience, to fear that he would turn a Holocaust and Genocide Advisory Committee into another tool to impose his post-blackface views of race and bias upon the citizenry.

This entry was posted in Culture wars, Education (K-12), General Assembly and tagged James A. Bacon. Bookmark the permalink.