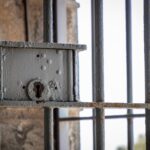 That might as well be the Northam administration motto.

Those three words reportedly appear in a chain of internal emails among parole board members and staff that was obtained by WTVR CBS-6 Richmond.

“Dated April 2020, one showed then Parole Board Chair Adrianne Bennett telling a parolee his early discharge certificate was “not normal protocol.”

Another instance showed an email chain between Bennett and board employee Laura Hall, who at the time was going through a report of everyone in the Commonwealth on parole supervision.

In one email, Bennett says to Hall, “I will release anyone you say to release,” referring to parolees still being supervised.

Hall replied that she felt “drunk with power,” and updated Bennett on her progress.

Bennett responded “Wave that wand of power, and let’s cut them loose. There needs to be a silver lining to all this! Give me more!!!”

On second thought, perhaps the parole board’s motto ought to be “Let’s cut them loose!”

As we’ve detailed several times on this website, Virginia’s Parole Board has freed at least eight convicted murderers in the past year, including cop killer Vincent Martin.

Prosecutors around the commonwealth accused the board of setting killers free without following the law or the board’s own rules.

A redacted inspector’s general report released last summer supported some allegations of wrongdoing, yet the governor has not acted on it. Northam says he wants an “independent” investigation.

In an alarming development, The Richmond-Times Dispatch reported that the investigator who uncovered misconduct at the parole board has now been sacked.

The Office of the State Inspector General fired the investigator who found misconduct at the Virginia Parole Board and was still investigating this year.

Jennifer A. Moschetti, who was terminated Monday, was the lead investigator on at least nine reports last year that found violations of law and policy, including the parole board freeing convicted killers without first reaching out to victim’s families as required by law. Moschetti was investigating more allegations of wrongdoing at the parole board; the status of those investigations is unclear.

Let’s be clear: The parole board, breathlessly freeing murderers, is accused of misconduct and yet it’s the whistleblower who loses her job.

Something is not right in Richmond.

This entry was posted in Crime , corrections and law enforcement, Scandals and tagged Kerry Dougherty. Bookmark the permalink.