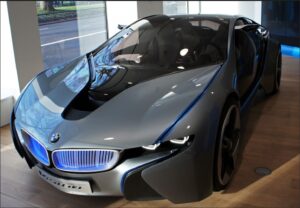 Not to mention, they’re unspeakably cool.

In the 2022 General Assembly, Delegate Tony Wilt, R-Harrisonburg, has introduced legislation which will increase consumers’ transportation costs and maintain our dependence on foreign oil. Both consequences are unacceptable in Virginia’s beautiful Shenandoah Valley region, which produces no oil and stands to benefit greatly from access to renewable technologies.

On Friday, January 21st, Wilt sent constituents an email mentioning his 2022 legislation, in which he emphasized “clean and affordable energy” in an all-of-the-above energy approach. Then he submitted House Bill 1267, which would delay implementation from 2025 to 2030 of the Advanced Clean Cars Program for low-emission and zero-emission vehicles.

The delegate’s attempt to delay Virginia’s modest goals for access to electric vehicles will send consumers to neighboring states for the rest of the decade to purchase electric cars. This would benefit the economies of Maryland and North Carolina, limit residents’ choices, and put Virginia at a competitive disadvantage.

In the U.S., auto manufacturers send electric vehicles first to states that have adopted regulatory standards for the technology. In Virginia, after legislation was signed into law last year, that process is underway in consultation with government, consumers, dealers, and citizens. Wilt’s bill will add years to an already slow enactment calendar. Why delay Virginia’s progress?

The delay likely will increase costs to Virginia consumers for the vehicles and prolong consumers’ dependence upon higher-cost gasoline, currently hovering from $3.25 to $3.50. At today’s retail electricity rates, an EV’s fuel cost is only about $1-per-gallon equivalent. EVs won’t benefit only consumers, they will boost the economy. Virginia produces nearly no oil, but we do produce lots of low-cost, low-emission electricity.

Transportation is Virginia’s largest family energy cost, often four times the cost of heating, cooling and electricity, and borne disproportionately by rural or lower-income populations. Electrifying transportation would give consumers the equivalent of a pay raise by getting lower-cost transportation energy to communities that need it the most. The benefits for electric cars are also expected to be greater in rural areas which often require longer distance travel and have access to low-cost clean electric energy. Fueleconomy.gov is a great source where folks can see how much money they could save from an electric vehicle over a traditional vehicle — often $1,000 a year. There are many American-made plug-in hybrid EVs and full EVs that also have less maintenance and lower overall costs than gasoline vehicles.

Gasoline-powered transportation is also harmful for human health. The Lung Association’s Road to Clean Air report found that avoided-health-cost benefits in 2050 will be more than $1.3 billion in Virginia if we transition to EVs. Electric transportation contributes to 115 fewer premature deaths by 2050, 1,783 asthma attacks avoided in 2050, and economic enhancement, with 8,189 work loss days avoided by 2050.

Legislators should reject this bill and any effort to decrease Virginia’s modest clean car standards. Current law creates a powerful economic-development tool, reduces energy dependence on imported oil, and improves our position in the world.

This entry was posted in Uncategorized and tagged Electric vehicles, Guest contributors. Bookmark the permalink.