Does Richmond Have a Police Shortfall? 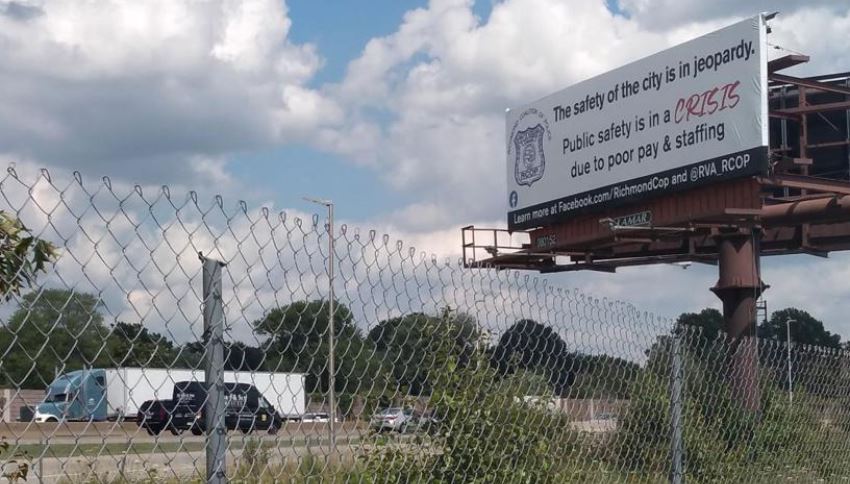 Two billboards have popped up in the City of Richmond suggesting that poor pay and understaffing of the police department were putting public safety in jeopardy. Police Chief Gerald M. Smith responded in a public statement that, yes, violent crime is up this year compared to 2020 but that’s mainly because the COVID-19 lockdown kept people off the streets and out of trouble last year.

“We are not saying that violent crime isn’t going up,” Smith said, according to the Richmond Times-Dispatch. “We are giving you a depiction of the overall, big picture. It is going up as compared to the asterisk year 2020.”

The group behind the billboards represents roughly 350 Richmond police officers. “It is a crisis when you have so many experienced officers leaving the department at such an alarming rate,” said spokesman Brendan Leavy, a Richmond detective. “There is a mass exodus of experienced officers quitting.”

Has the two-decade decline in crime rates reversed itself? That’s an important question. So is the issue raised by Leavey: Have low pay and low morale led to police understaffing? One might think that is an easy question to that answer. But there is a large discrepancy between the numbers reported by the City of Richmond and those contained in the Virginia State Police’s “Crime in Virginia 2020” report.

At full capacity, Richmond police has 750 sworn officers. It is currently understaffed, says Smith. And it has been for some time. In 2019, according to state police numbers, Richmond reported 734 sworn officers and 117 civilian employees.

But in 2020, according to state police data, the number of employees in Richmond leaped to 846 sworn officers and 202 civilian employees. Those numbers were consistent with the statewide police numbers reported for 2020, which increased 13% over 2019 (which I reported here). That surge is inconsistent with anecdotal news reports from localities around the state complaining of the same difficulty filling budgeted positions.

I will endeavor to explain the apparent discrepancy in a future post.