Do Something “Transformational” with $6.8 Billion in COVID Relief 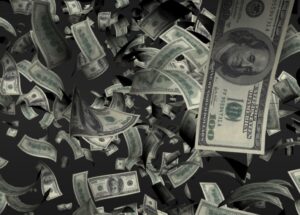 The $1.9 trillion COVID-relief bill just passed by Congress will shower billions of dollars upon Virginia citizens, businesses and government. State Secretary of Finance Aubrey Layne expects Virginia state government to receive about $3.8 billion and local governments to get about $3 billion, for a total of $6.8 billion.

The crazy thing, says Layne, is that Virginia made it through the COVID-19 pandemic in decent fiscal shape, so it doesn’t need the federal funds to maintain core functions of government as some other states do. Rather, he worries, legislators will be tempted to fritter away this once-in-a-lifetime bounty on pet projects or, worse, on new programs. This COVID-relief money is a one-time source of funding, he says, and it would be unwise to make financial commitments the state will have to continue honoring in subsequent years.

Congress has limited what the states can do with the money. Virginia can’t share this manna from heaven to citizens by reducing taxes. Nor can the state use it to reduce unfunded pension liabilities. As the guardian of the state fisc, Layne would like plow the revenue into one-time capital investment projects. This is Virginia’s opportunity to do something “transformational,” he says.

Like what? Like extending broadband into every inner city and every rural jurisdiction in Virginia. Or like replacing or retrofitting every antiquated school building in Virginia. Layne doesn’t necessarily advocate those two priorities, but they illustrate the way he’s thinking. Both represent long-standing, bipartisan policies that have lagged for the lack of funding. Why not use the COVID money to address these priorities decisively?

Another possibility is using the federal dollars to pay for transportation projects. What some readers may find surprising, given that Layne served as secretary of transportation under Governor Terry McAuliffe before joining the Northam administration, is that he’s not sure that funding more roads, highways or mass transit projects is a good idea right now. Aside from the fact that the Biden administration is working on a multitrillion-dollar infrastructure bill, Layne notes that the COVID epidemic has rendered Virginia’s transportation demand forecasts meaningless. Hundreds of thousands of Virginians discovered that working at home was a viable alternative to commuting to work. Traffic counts receded, and Layne speculates that they may never return to previous levels. Even in Northern Virginia, once a hell-hole for commuters, traffic has has declined dramatically. At the very least, Virginians should wait and see what happens before dumping billions more dollars into transportation.

What, then, does that leave us if we follow Layne’s advice and devote that $6.8 billion to one-time capital spending projects? Here are some options.

Fix unemployment insurance. Layne thinks that a top priority should be restoring the unemployment insurance (UI) fund, and I agree. The UI fund started the COVID-19 epidemic with $1.5 billion in the bank and was on track at one point last year to go $750 million into the hole. The federal government backstops UI deficits, but state programs have to pay the loans back. Normally, higher costs are passed on to businesses, whose rates are adjusted by how many people they have laid off in the past. That’s hardly a recipe for reviving the hardest-hit sectors of the economy. The state should allocate at least $1 billion to pay back Uncle Sam and start building a cushion.

Energy-efficiency fund. Another idea, which should appeal to Greenies and fiscal conservatives alike, would be to create a revolving fund to finance energy retrofit projects in state buildings and facilities. State agencies could repay the loans from energy savings. Greenies should like the program because they prioritize energy conservation as a strategy for decarbonizing Virginia’s economy. Conservatives should like the idea because energy-efficiency projects will lower state agencies’ natural gas and electricity bills, thus lowering the operating cost of government.

Complete broadband deployment. Access to high-bandwidth Internet is critical for rural economic development, the deployment of telemedicine, and the adoption of online learning in K-12 schools.  The state has been dribbling a few tens of millions of dollars a year into this essential infrastructure but progress is slow. The COVID-relief money gives Virginia an opportunity to complete the task.

Fix the schools. I’m still not persuaded that placing children in brand spanking new school buildings will do much to improve their learning. But there is no excuse for children to attend schools in unhealthy or unsafe conditions. Virginia has been dancing around the school-building issue for years, addressing it in dribs and drabs. Let’s identify the worst school buildings, fix them or replace them, and take this issue off the table.

Virginia’s unmet needs are seemingly endless. Older cities have giant funding liabilities for antiquated storm-water overflow systems. Many water treatment facilities need upgrading. Layne points to the issue of unsafe dams that no one seems to have money for. As a budget conservative, I think the $1.9 trillion COVID-relief act is fiscally reckless and will accelerate our rendezvous with Boomergeddon. But the money is coming to us regardless, and we need to spend it as wisely as we can.

This entry was posted in Budgets, Infrastructure and tagged COVID-19. Bookmark the permalink.