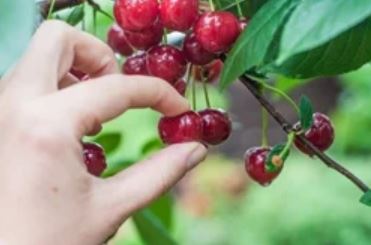 The Washington Post needs to adopt a new motto: “We cherry pick the news so you don’t have to.”

The Post, the newspaper with the largest circulation in Virginia, committed itself last year to the narrative that Virginia Military Institute is a place where African-Americans are subjected to “relentless racism.” The WaPo’s reporting prompted Governor Ralph Northam to hire the Barnes & Thornburg law firm to conduct an “equity audit” and “investigation” of racism at VMI.

Barnes & Thornburg released its interim report Monday. It was a nuanced document, presenting testimony of eight individuals who had either been called the n-word or heard the offensive term used over the past 25 years, but also quoting alumni and cadets as saying that they have never heard the word used at VMI. Moreover, the investigators raised the possibility that attitudes among cadets, which some have interpreted as bias against African-Americans, might also be understood as resentment against athletes, predominantly African-American, who enjoy privileges and exemptions that other cadets do not.

Virginia Military Institute students and graduates have told investigators that “it is and was a common experience to hear racial slurs among VMI cadets, including use of the n-word” over the past 25 years, according to an interim report issued Monday night by the law firm examining racism at the school.

Shapira went on to report that a VMI employee told investigators that “a disproportionate number of African American cadets are targeted for prosecution by the scho0l’s student-run Honor Court system and expelled for violations.” The Barnes & Thornburg did quote nine nine individuals who suspected Honor Court bias. But investigators also quoted numerous cadets and alumni who “believed the Honor Court administered the Honor Code fairly and did not discriminate based on race or gender.” Shapira did not quote any of these sentiments.

Having then exhausted the cherry-pickable material from the report that supported his claim of relentless racism, Shapira then proceeded to recount instances of sexism at the academy. He reports the results of a 2020 VMI survey that showed 8% of female cadets responding that they had “experienced some sort of sexual assault,” and recounted a series of incidents and allegations of sexual harassment.

Shapira did not quote a survey by the Association of American Universities (reported here by the Post, incidentally) that found that one-quarter of undergraduate women in the 33 major universities surveyed have been victims of sexual assault — a finding that would indicate that VMI is a far safer place for women than most other higher-ed institutions.

But the most conspicuous deficiency in the Post article is the failure to mention the investigators’ extensive discussion of the athlete-cadet divide. The following quotes from the report makes clear how difficult it will be to draw black-and-white conclusions:

One source of tension among the cadets is perhaps not a direct issue of race, but appears to be intertwined with race: the divide between those cadets who participate in NCAA athletics and those who do not. … Cadets of all classes participate in parades, inspections, and other military events during the year. Athletes are excused from many of these events and do not have to undergo a number of what might be thought of as the more military aspects of VMI. In fact, athletes are often referred to as “permits,” a term that corresponds to a privilege, such as being excused from a duty.”

Shapira’s decision to exclude any mention of this fundamental divide tells us all we need to know about his approach to reporting the VMI race controversy. He starts with a narrative of VMI as a racist institution where blacks experience “relentless racism,” he cherry picks evidence that supports the narrative, and he excludes evidence that does not fit. By showing its hand so transparently hand in this article, the Post has alerted readers to the systemic bias pervading all of its reporting on VMI. Readers beware: the Post cannot be trusted to report this story honestly. Don’t believe a word you read without checking it out first.

Note: An earlier version of this post accused Shapira of fabricating a quote, based on a conclusion I drew after being unable to find the quote using a word search of the interim report. A reader pointed out where the quote did in fact appear. I regret the error, have deleted the allegation, and offer Mr. Shapira a sincere apology on that point.

This entry was posted in Education (higher ed), Media and tagged James A. Bacon, Virginia Military Institute. Bookmark the permalink.