Did Loudoun School Officials Cover up a Rape? 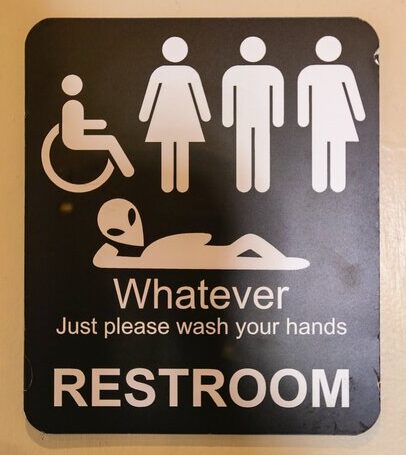 In the winter of 2020 I had several heated arguments about HB257, which was introduced by Newport News Democrat Mike Mullen, approved by the General Assembly and signed into law by Gov. Ralph Northam.

One of those abolished the requirement that all criminal activity on school property had to be reported to the police.

Proponents of the measure claimed that principals were calling the cops to break up fistfights and as a result, minor skirmishes were escalating into criminal matters.

On March 12, 2020 Ralph Northam signed the bill into law, over the objections of many, including Virginia Beach’s Victoria Manning, according to WAVY-TV 10.

Virginia Beach School Board member Vicky Manning feels the law doesn’t help the lack of trust in the disciplinary process.

“I hear from teachers and parents on a regular basis, sharing their concerns about student discipline problems in our schools,” Manning said. “To me, the victims are going to be further victimized under this bill and the perpetrators are going to be emboldened.”

Manning feels to properly train students for the real world, they should face real world consequences.

How prescient of Ms. Manning.

Looks like this law may have protected an accused rapist in a Loudoun County high school.

No wonder parents are raging up there.

According to news reports, on May 28 at Stone Bridge High School in Loudoun County, a boy who sometimes dressed as a female, allegedly went into the girl’s lavatory and raped a 9th grader.

The father of the alleged victim claims school officials did not report the sexual assault to the police, although they did summon him. The police were called when the father raised a ruckus, and his daughter was taken to the hospital where he says a rape kit confirmed the attack.

The Loudoun County Sheriff’s department, constrained by rules against releasing information on juvenile offenders, confirms only that a minor was charged with crimes of a sexual nature on May 28th.

Perhaps you’ve seen the dad, plumber Scott Smith. He’s the poster boy for Virginia’s “progressives,” who have labeled him a domestic terrorist after he was dragged from a school board meeting in June, his shirt up around his neck. That was the night the Loudoun County School board was discussing transgendered rights and he wanted to tell his story. Instead, he was charged with disorderly conduct.

I can’t tell you just how disorderly I would become if my daughter had been raped at school and I believed school officials were covering up the crime.

This story was first reported in the The Daily Wire. It was picked up by The Daily Mail and Fox News.

Will the mainstream media ignore this troubling news story as the Virginia gubernatorial election approaches?

You can count on it.

If that wasn’t bad enough, the suspected rapist may have been back in school — at another high school a couple of miles away — and the same boy may have been accused of sexually assaulting a second girl on October 6th at Broad Run High School.

The Loudoun County sheriff’s office has confirmed the facts of this story too, but the suspect’s name is not yet public because he is a juvenile. Smith’s attorney claims she was told by prosecutors the the alleged attacker is the same boy who committed the May rape.

Question is, did Loudoun County school officials lie about the first attack in an effort to get the new transgendered rights policies passed? Worse, did they transfer the accused to another school before his case was heard?

A shocking school scandal is the last thing the embattled Terry McAuliffe needs right now. After his stunning confession, “I don’t think parents should be telling schools what they should teach,” he does not want news of crimes in schools to hijack the final weeks of the campaign.

Frankly, it should. Schools should do everything possible to keep kids safe and clearly they are not.

For instance, a few weeks ago a 15-year-old boy wearing an ankle bracelet at Heritage High School in Newport News was accused of shooting two classmates. We later learned that it was ANOTHER shooting incident — in 2020 — that landed the suspect in the juvenile justice system and led to him wearing an electronic tracking device, courtesy of the juvenile courts.

That suspect is now charged with two counts of malicious wounding and nine gun charges, including possession of a gun by a convicted felon.

Will someone please explain why this boy was allowed to be in school with good kids?

Looks like the Ralph Northam/ Terry McAuliffe “Perps First” policies aren’t limited to their parole board that released at least eight convicted killers, but it has now infiltrated Virginia’s public schools.

Just a hunch, but Virginia school board meetings are about to become more heated than ever.