Deciphering the Latest Events at VMI 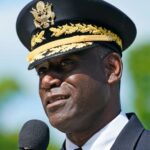 In my past couple of posts about the Virginia Military Institute, I observed that VMI Superintendent Cedric T. Wins and the Board of Visitors have caved into the demands of the Northam administration for transforming the racial climate of the military academy — not just by updating traditions and iconography relating to the Confederacy but hiring a director of Diversity, Equity & Inclusion, a sign of obeisance to woke orthodoxy. At times I may have conveying the impression that Wins is in the same side of the culture wars as Governor Ralph Northam and Washington Post reporter Ian Shapira, who have done more than anyone to push the VMI-as-racist-hellhole narrative.

We won’t know the degree to which VMI has adopted the premises of wokism until Wins has had time to to carry out his “One Corps – One VMI” action plan.  Wins’ vision for VMI expresses a desire to balance “diversity and inclusion” with, in its words, honor as a way of life, the forging of leaders with character, and building an ethic of competing and winning.

One should not read too much into VMI’s acceptance of Governor Ralph Northam’s request to deliver a speech to the cadets Monday night. The Governor is Virginia’s commander in chief, and to have rejected the request would have been highly irregular for anyone who believes in respecting the chain of command. Meanwhile, it is abundantly clear that VMI regards Washington Post reporter Shapira as a hostile actor. Earlier this week VMI took the step of publishing a transcript of a recent Shapira interview — along with some pointed commentary.

Bill Wyatt, VMI’s director of communications, prefaced the transcript by noting that the Institute had granted Shapira an interview with Wins to take place immediately after Northam finished his speech: “Despite knowing that he was going to interview Maj. Gen. Wins after the governor’s talk, the Post’s Ian Shapira published a story at 8:55 p.m. prior to talking to Maj. Gen. Wins. Shapira’s story was published six minutes after the governor’s speech ended.”

No matter how skilled Shapira may be as a writer, there is no way that he could have composed his news article, submitted it for copy editing, and having it posted online within six minutes of the end of the Governor’s speech. One can conclude only that someone — someone in the Governor’s Office — leaked the speech and he wrote it ahead of time. After interviewing Wins, Shapira updated the story by plugging quotes from the interview into the story.

Apparently, the Post had irritated VMI officials with the headline of a story published before the speech: “Northam heads to hostile terrain — VMI — to speak to 1,700 cadets.”

In the interview Wins made the following point: “The first thing I would tell you is that the governor did not come to a hostile environment, as was described.”

Shapira made no note of the point in his update.

Communications director Wyatt was not amused. To the transcript of the Wyatt interview, he appended a transcript of an exchange he had with Shapira right after:

COL. BILL WYATT, VMI: You couldn’t have waited 15 minutes to include the Institute’s perspective? How will you be incorporating his remarks?

IAN SHAPIRA, Washington Post: We are updating the story now with his remarks.

SHAPIRA: My editors wanted the story online as soon as the speech was over. I am adding the superintendent and other reaction now and we will republish the story online once I am done. The story will not appear in our print edition until Wednesday’s paper.

COL. WYATT: Didn’t you tell them you had time scheduled with MG Wins?

SHAPIRA: Yes and they told me we’d add that after publishing the initial versions.

COL. WYATT: That’s a bunch of crap. Maybe next time I will talk MG Wins out of making time for you.

Trying to figure out what’s happening inside VMI is like Kremlinology in the Cold War era — divining changes in the power structure through small clues. Although VMI has acceded to many of Northam’s demands for change, one can argue that Wins and the Board are trying to navigate a middle course between progressive fire breathers and alumni unhappy with the Institute’s new direction. Knowing of continued tension between Wins and the uber-woke Shapira seemingly confirms that view.