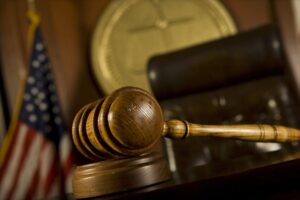 Now that I have some time and before it slips completely out of our minds, this is a good opportunity to review the final criminal justice reforms enacted by the recently-concluded special session of the General Assembly. (For those of you for whom the special session has slipped mercifully from your consciousness and you do not want to be reminded of it, feel free to skip this post.)

I have updated the scorecard I previously created and you can find it here to peruse at your leisure. As a reminder, I compiled this list of proposals and issues from the agendas announced during the summer by the Virginia Legislative Black Caucus and the Senate Democratic caucus, along with a few other major items that surfaced in the session. The items that did not pass, or for which legislation was not introduced, are shown in red.

Several major items that passed, such as citizen review boards, MARCUS alert system, and expanded sentence credits need fairly extensive discussion and so I will save those for later posts. This one will probably be long enough as it is. For this post, I will highlight four major bills or issues that passed, as well as some bills that did not pass, and discuss the role of the Senate in toning down House actions.

One major piece of legislation that deserves highlighting is Sen. Joe Morrissey’s bill to eliminate jury sentencing in Virginia (SB 5007). Its passage at the last minute was a surprise. In my last report on this bill, I assumed that it was dead. But, Morrissey pulled it out, apparently with some hardball tactics, and it will become effective July 1, 2021. Many in the criminal justice field consider this bill the most significant change in the criminal justice system in Virginia in many years. A more detailed description of the bill and the implications of its passage can be found in an earlier post.

Another major enacted bill is one that probably enjoyed unanimous support on this blog (a rarity)—getting rid of “bad apples” in law enforcement. Provisions of HB 5051 and SB 5030 expand the grounds for decertification to include serious misconduct as defined by statewide professional standards. The bills go even further to require sheriffs and police chiefs to request the records of applicants who have worked for other departments.

Another major enacted bill that needs highlighting is HB 5099 (and SB 5030) which expressly prohibits the use of no-knock search warrants. Furthermore, the bills require that search warrants be executed during the day, unless authorized for a later time by a judge, for good cause shown.

The last major area in this category is “pretext” traffic stops, which Blacks report they have been unfairly subjected to. HB 5058 prohibits law-enforcement officers from stopping motor vehicles due to a violation of any of various laws related to required or prohibited equipment. It would also prohibit the search of a motor vehicle solely on the basis of the officer detecting the odor of marijuana.

I am skeptical that this legislation will have the results intended by its proponents. Any law-enforcement officer who wants to intimidate or harass a citizen for any reason can always find a pretext to do so. For example she could stop a car for exceeding the speed limit by one mile per hour or for allegedly failing to come to a complete halt at a stop sign. The perverse result could be that the person stopped may wind up being charged with a more serious offense than having a taillight missing. However, several new provisions of SB 5030 could be effective in discouraging officers from making “pretext” stops. Those provisions require police chiefs and sheriffs to post data on all “investigatory motor vehicle stops” on websites maintained by their departments and to submit that data to the State Police.

The issues that caused the most uproar on this blog were either killed or significantly watered down:

The final actions are reasonable, for the most part, and some may improve the criminal justice system in the Commonwealth, or, at least, the perception of it. As for the actions concerning the use of force by police, it could be argued that the final actions really constitute a list of best practices that all law-enforcement agencies could be, and should be, following now without the legislation.

The special session dragged on for longer than was necessary.  However, it did produce some meaningful changes for the criminal justice system in the Commonwealth. Nevertheless, the legislators decided to put off action, until the 2021 regular session, action on some of the really meaty, controversial actions, such as reinstatement of parole and reform of the cash bail system. However, the recent Republican pledge to oppose any extension of the regular session beyond 30 days may put a crimp in those plans.

This entry was posted in Crime , corrections and law enforcement, General Assembly and tagged Dick Hall-Sizemore. Bookmark the permalink.