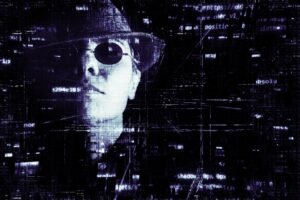 Image by Pete Linforth from Pixabay

Stolen without a gun. NBC News is reporting that hackers and scammers have pulled off “an epic theft” of COVID benefits. Foreign and domestic criminals have looted tens or even hundreds of billions of dollars. As reported, “The federal government cannot say for sure how much of the more than $900 billion in pandemic-related unemployment relief has been stolen, but credible estimates range from $87 million to $400 billion — at least half of which went to foreign criminals, law enforcement officials say.” In other words, more money could have been stolen from the jobless benefits program than the U.S. spends on K-12 education in a year.

Despite the fact that states are detecting huge numbers of fraudulent transactions occurring in May and June of this year the Biden Administration is blaming the Trump Administration for the problem. While hard data for Virginia seems hard to find, the anecdotal evidence points to massive fraud in the Old Dominion.

Easy money. Russian mobsters, Chinese hackers and Nigerian scammers have joined American prison inmates and U.S.-based drug gangs in the looting. The FBI has dubbed this scandal an “economic attack on the United States,” while one cybersecurity analyst described this as “perhaps the single biggest organized fraud heist we’ve ever seen.” Communications from West African fraudsters over the dark web described the theft of U.S. COVID benefits as “easy money.”

Art of the con. Stealing the money has been surprisingly simple. Years of data breaches from technology companies like LinkedIn, Facebook and Experian have given cyber-criminals access to vast hordes of private data. That data was used to falsify benefit requests such as jobless claims. These claims were processed and paid by antiquated state unemployment systems without sufficient verification capabilities. Once paid, the money was transferred electronically via payment applications often after being converted into bitcoin. There are two weak links in the chain — antiquated state IT systems and the inability or unwillingness of states to cooperate in multi-state fraud.

Staggering incompetence. ProPublica determined that the number of jobless claims filed over a ten-month period in 2020 equaled two-thirds of the U.S. workforce while the actual unemployment rate was 23%.

Tales from The Old Dominion. As mentioned previously, aggregate fraud data for Virginia is not quoted in the sources used for this article. However, a simple internet search yields a long list of COVID benefit fraud cases in Virginia.  For example:

In one case, a Chesterfield woman received 40 letters from the Virginia Employment Commission (VEC). None had her name on them. “In the course of two days, two days, how is there not a trigger at the VEC that says how can all these people, in two days, file at this address?” she said. Good question. Incompetence at VEC seems the obvious answer.

Rip Wrap. Once again our federal and state governments have been entrusted to competently disburse great quantities of taxpayer money. Once again, our governments have failed. This is nothing new. Books have been written about the bungled TARP bailouts associated with the Bush and Obama administrations. We now hear that more has been stolen from the COVID benefits payment stream than is spent on K-12 education in the country. When one finds themselves in a hole the first thing to do is “stop digging.”

Today, President Biden increased food stamp benefits by 25%. Congress is mulling a $1 trillion infrastructure bill and a $3.5 trillion spending bill. Rumors abound that liquor stores in Nigeria are running out of champagne.

How much of that money will be wasted or stolen? Spending expansion and new spending bills should be frozen until the “single biggest organized fraud heist in history” has been investigated and the holes plugged. Stop digging!

Closer to home Governor Ralph Northam decided to eliminate the Virginia Secretary of Technology from the cabinet. That unfathomable decision needs to be reversed by the next governor. The next Virginia Secretary of Technology needs to build a comprehensive plan to modernize Virginia’s IT systems. Cooperation with this effort should be an acid test for appointment as a cabinet member under the new administration. Cyber and process security across all state IT systems should be front and center of this plan. Stop digging!

Tech companies should pay significant fines for data breaches. If the fines are sufficient to send some of these companies into bankruptcy, so be it. Just yesterday it was announced that T-Mobile is investigating a possible data breach of nearly all of its US customers. Stop digging!

We are spending our country into bankruptcy with criminals as prime beneficiaries while our elected officials are asleep at the wheel.

This entry was posted in Business and Economy, Government Oversight, Science & Technology and tagged Don Rippert. Bookmark the permalink.