Contrary to Report, Women Are Safer from Sexual Assault at VMI 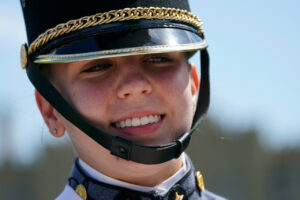 Not only is the Virginia Military Institute a cauldron of racism, according to the recently published Barnes & Thornburg report, it is a bastion of sexism. As the executive summary puts it: “On gender, many respondents — including men — stated that VMI’s gender-equity issues are worse than its racial-equity issues.”

As evidence of the culture of sexism, the report cites from a survey in which 81 female cadets participated. Fourteen percent of those who responded reported having been sexually assaulted. Concludes the executive summary: “Sexual assault is prevalent at VMI yet it is inadequately addressed by the Institute.”

Here’s what Barnes & Thornburg never mentioned: According to the National Sexual Violence Resource Center, one in five women are “sexually assaulted” while attending college nationally. According to the 2019 AAU Campus Climate Survey on Sexual Assault and Misconduct, 25.9% of women undergraduates are subject to “nonconsensual sexual contact by force or inability to consent.”

In other words, using Barnes & Thornburg’s own metric, women are significantly safer at VMI than other four-year colleges.

Why would Barnes & Thornburg not provide that statistical context unless it had an ideological agenda?

“Sexual assault is a problem at VMI,” opines the report. Investigators dug into the issue but “many women chose not to share their experiences.” The Team heard from “numerous” cadets, alumni and family members who did not wish to participate “out of fear of VMI and its alumni.” It’s also possible that the women who did participate in the survey and interviews did so — a possibility that appears not to have occurred to the authors of the report.

Eighty-three percent of VMI female cadets reported having never been “sexually assaulted,” a term that can range from violent rape to an unwanted pat on the butt.

Be that as it may, the executive summary asserts that “sexual assault was a common topic in interviews of female cadets and alumni.”

There are three points worth making here. First, the definition of “sexual assault” can range from an unwelcome pat on the butt to rape. Use of the term “assault” is loaded because it implies violence even though most “assaults” involve no violence at all.

Second, the report repeats a lot of unverified allegations based on hearsay. An example: One interviewee “told her cousin not to come to VMI because she is terrified her cousin would be raped since it happens so often.” Really? Are we to believe that rape is so prevalent that a women tells her cousin not to come…. yet the woman herself chooses to remain at VMI? How much credibility does any reasonable person give a statement like that?

Third, the so-called “investigators” made no effort to ascertain the veracity of the allegations. Allegations and perceptions exist, and even if they reflect the views of a minority of women, the report gives them more weight than the experiences and perceptions of the majority.

My point is not that rape and unwanted sexual touching never happens. Of course it does. Such behavior occurs far too often in all college campuses and, indeed, outside of college. Sexual misbehavior is a society-wide problem. That’s why we have laws, protocols and social mores to stifle it. My problem is the implication that VMI creates a toxic culture of sexism where this behavior is more prevalent than elsewhere. The opposite is true. Misbehavior is likely less prevalent.

One passage in the report tells us a lot about why sexual misbehavior may be less widespread at VMI — although the investigators were too dim (or too blinkered in their thinking) to pick up on it.

[A] current female cadet reported that another female cadet was recently raped on post, and that she and her friends were still trying to decide what to do about it — they are not sure whether the friend should report it since the friend was drunk at the time and therefore might get in trouble herself. She said that alcohol use is a serious violation and that this creates a barrier to reporting assaults that involved alcohol.

The alleged rape probably did not involve physical coercion. If it had, the cadets would have mentioned that highly relevant fact. Most likely, it was a case in which both the man and women engaged in drunken sex. The incident bears the hallmarks of incidents on other campuses in which the woman regrets having sex, claims she was too drunk to have given her consent, and on that basis asserts that she was raped.

We don’t know the details of this case, so we can draw no conclusive judgment. Here’s what’s relevant to the bigger picture. Barnes & Thornburg presents VMI’s strict no-alcohol policy as a problem — a “barrier” to reporting rape — while, in fact, it can be argued, the prohibition of alcohol on Post significantly reduces unwanted touching, assault, drunken couplings, regret sex and reported rape.

The fact that B&T report never addresses VMI’s alcohol ban as a positive in regard to sexual assault is a sign of how extraordinarily biased it is.

Clearly, unacceptable behavior does occur, even given the prohibition of alcohol. For instance, the report cites an allegation that staff member repeatedly walked into women’s rooms when the shades were down, a sign that women were changing clothes. Men commenting anonymously on the social media Jodel make degrading remarks about women. VMI holds assault-related training sessions and some cadets childishly blow them off as a joke. But the report provides zero evidence that the incidence of adolescent behavior is any more prevalent at VMI than anywhere else.

My final observation. In the report we read this: In the 2010-2013 time frame, a female graduate opined that male alumni perpetuate sexism. As evidence she cited the wearing of t-shirts that said, “Save the Males.”

Is that evidence of sexism or a feminist’s humorlessness? If that’s the kind of evidence Barnes & Thornburg marshals to bolster its case of a culture of sexism at VMI, what does that tell us about the report?

This entry was posted in Culture wars, Feminism and women's rights and tagged James A. Bacon, Virginia Military Institute. Bookmark the permalink.