A Grand Compromise on Crime, Mental Health and Guns 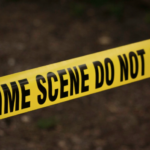 People organize into governments first for their collective protection. Virginians are not sufficiently protected from violence.

The mass shootings of the past couple of weeks in Virginia offer an impetus to strike a grand bargain on public safety.

Staying in corners waiting for control of all three branches of government to turn favored changes into law is a forfeit by public officials of their obligations to society.

For public confidence in the deal and its long term survival, as many as possible of its provisions will need to be packaged as a single compromise with the support of the governor and the leadership of both parties in the General Assembly.

The concepts I offer attempt to mitigate:

I offer the following elements for consideration in a grand compromise.

There will need to be language to ensure prosecutions for the crimes listed above in order to allay the fears of political decisions by some Commonwealth Attorneys.

Bottom line. Both sides need to get over their respective hopes or fears for a widespread confiscation of guns.

Not going to happen.

Even with a constitutional amendment, which has no chance of passing in the lifetime of anyone reading this, the confiscation itself would prove untenable.

Who, exactly, would confiscate 400 million guns? It isn’t going to be your local sheriff. A federal door-to-door gun confiscation corps? We cannot even fill the ranks of the Army. If we can throw water on the concept of confiscation and spread the wet ashes, we can make headway.

My ideas on the contents of a compromise have of course no special status. Better ideas are certainly out there and always welcome as long as there is sufficient balance to make the package a true compromise.

I think we know what the extremes of both sides of the national divide will object to in my purely notional list above.

We have no choice but to improve public safety and security. Such a package is not feasible this year due to time constraints, but get one ready for next year. It should take hearings and might take a special session of the General Assembly to provide proper focus.

A true compromise on current left/right positions is the only way I see to get there and have the solutions last.