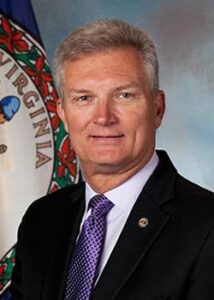 Secretary of Finance Aubrey Layne is following in the classic conservative tradition established by his predecessors: under project your revenues and then look good when they come in higher than projected. In his case, he gets to bask, not in a bigger surplus than projected, but in a much lower shortfall than he had projected and much lower than others had expected.

The Richmond Times-Dispatch is reporting that the preliminary data for FY 2020 show a general fund revenue shortfall of $236.5 million, rather than the $1 billion that had earlier been projected due to the effects of the economic shutdown in response to the coronavirus. Although the final numbers will not be available until July 24, it appears that the FY 2020 revenue will be about 1.1% lower than projected. That gap is just above the minimum deficit of 1.0% that legally triggers a re-forecast of 2020-2022 revenues.

Even that much of a revenue shortfall sounds ominous. However, Layne has not reported on the other side of the budget equation: expenditures. Several months ago, the state instituted a hiring freeze and put a halt to all other discretionary expenditures. Those measures will produce savings. In addition, there have been other areas in which savings were accrued, such as an estimated $150 million in Medicaid resulting from COVID-inspired changes in the federal matching formula. I described earlier some other budget measures that would result in savings.

In the end, there will be a budget surplus (balance) for FY 2020. It may not be as large as the General Assembly had planned on to use for the upcoming biennium, however. Furthermore, Layne is sticking to his estimate of $1 billion less in general fund revenue than had been anticipated in each of the upcoming two fiscal years. In summary, there will be budget reductions for the upcoming biennium, but perhaps not to the extent that had been feared. We will have to wait until mid-August, at least, when we have a revised forecast before we have a better idea of the road ahead.

This entry was posted in Budgets and tagged Dick Hall-Sizemore. Bookmark the permalink.