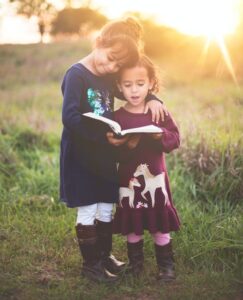 State Senator Chap Petersen of Fairfax is a Democrat. I often disagree with his positions. But not when it comes to Covid restrictions. Especially the forced masking of school children.

Former Gov. Ralph Northam was promiscuous in his use of executive orders, which stripped Virginians of many of their basic civil liberties. From the start, Petersen opposed Northam’s over-reach.

In 2020, Petersen — an attorney — filed several lawsuits on behalf of clients who were losing their businesses due to Northam’s capricious mandates.

In the summer of 2021, Petersen joined with Republican Sen. Siobhan Dunnavant, a physician, to force schools in Virginia to return to in-person learning.

Out of that union, SB1303 was born. A Virginia law designed to mandate schools reopen five days a week.

At the urging of teachers’ unions, a vague caveat was added. It asked schools to abide by CDC recommendations as much as was “practicable.”

Northam, always eager to err on the side of mandates no matter how ridiculous, interpreted that to mean forced masking of Virginia school children in public and private schools.

Cloth masks on little faces are unnatural, anti-social and do little to stop the spread of infection.

Nevertheless, Virginia’s forced masking meant kids across the commonwealth suffered: unable to see the faces of their teachers or classmates, languishing in speech therapy classes where both the teacher and speech-delayed students were masked up, hampered in their friendships and interpersonal relationships. Worse, youngsters were treated as viral vectors while adults were free to go maskless nearly everywhere.

Newly elected Governor Glenn Youngkin issued an executive order rolling back Northam’s mask mandates and making masks optional in all Virginia schools. That order is under siege in the courts. A change in the Code of Virginia would make the executive order superfluous and moot the legal challenges.

“We needed to solve this ourselves. And we will,” Petersen told The Washington Post. “I don’t like executive orders … We needed to act to end the mask wars.”

On Monday Petersen signaled he’d had enough. He fired off a sizzling letter to the superintendent of Fairfax County schools, warning that legislation was on its way to finally put an end to the school mask nightmare.

On Tuesday, he delivered the goods.

Petersen added a floor amendment to SB739, an open schools bill introduced by Dunnavant. This measure decrees that no child in a Virginia school can be forced to wear a mask on school property. 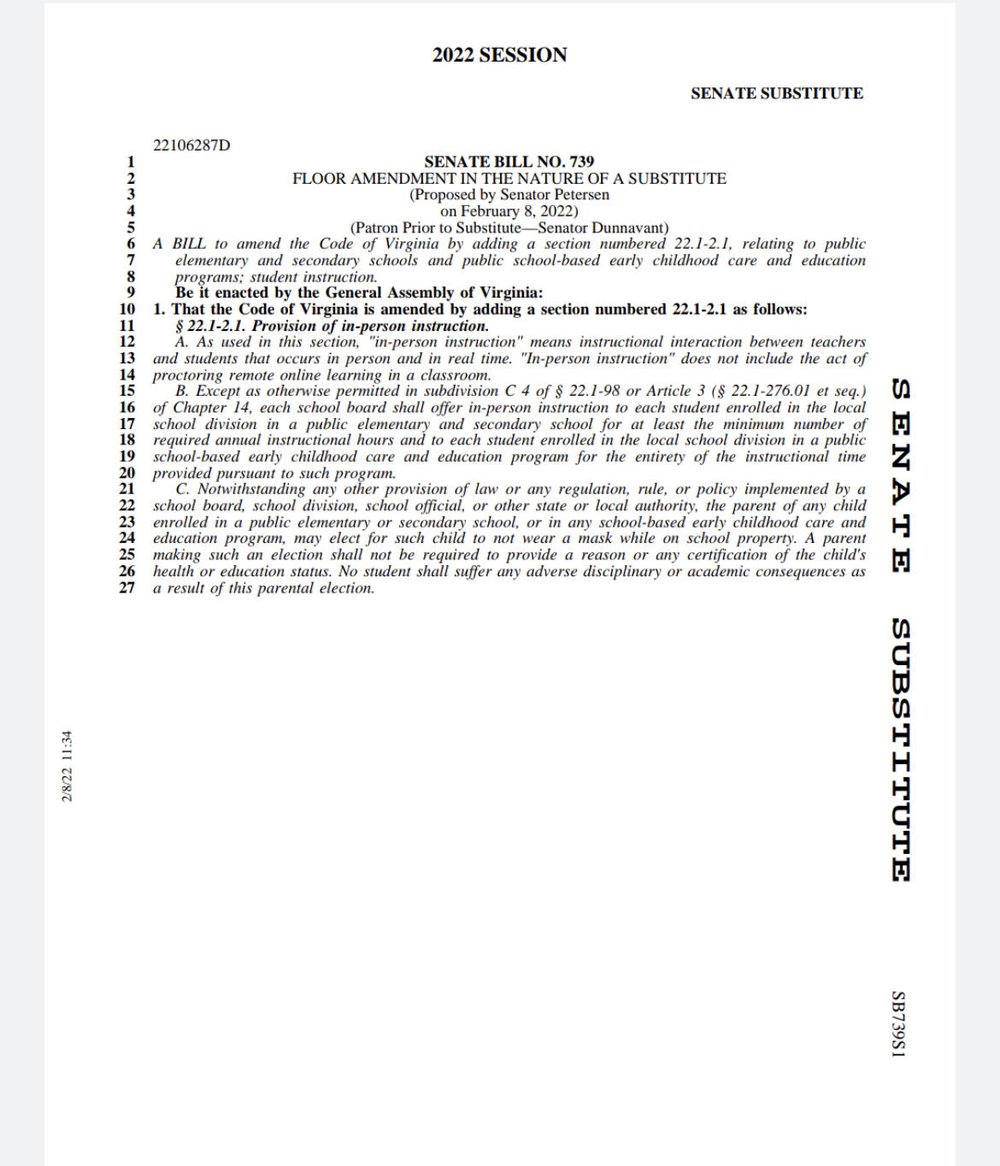 It sailed through the Senate Tuesday on a 29-9 vote – 10 Democrats and 19 Republicans — with only the most stubborn mask worshippers voting to keep kids muzzled. It should win final approval in the Senate today. From there, it goes to the House of Delegates where the bill is expected to be quickly approved before heading to the governor’s desk for a signature.

The governor can affix an emergency clause to the bill and — if approved by a simple majority in both houses — it will become law immediately. Petersen has indicated that will happen.

He’s been right so far. I don’t doubt him.

If all goes well, masks will be optional in all Virginia schools in about two weeks.

In this period of incessant partisan bickering, Virginians can be thankful for the elected officials of both parties who voted Tuesday to free kids from mask mandates.

Will the Democrats stay strong today? Maybe. But the lockdown lobby is livid and desperately trying to change votes.

It won’t matter. Petersen alone can side with Republicans and force a tie in the Senate that Lieutenant Governor Winsome Sears can break.

This bipartisan effort is encouraging. The welfare of children should always supersede party politics.

Those of us who have argued for months to end mandates in Virginia owe a huge debt of gratitude to Petersen for having the stones to stand up to Northam and members of his own party to finally bring this measure to the Senate.

Politicians could learn a lesson from the “mask wars”: When you mess with our kids, we’re not Democrats or Republicans, liberals or conservatives anymore. We’re parents and grandparents.

We won’t soon forget who stood with children.