Campaign Finance Reform in Virginia – the New Governor Must Lead 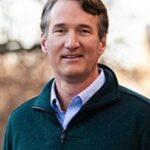 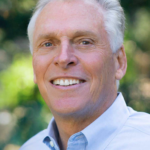 We are one of only a few states with no campaign donations limits at all. We pay for that in legislation enacted and not enacted because of the preferences of huge donors. And in the stink of legal public corruption.

It also drives way up the cost of running and keeps good people from participating.

The new governor will have to lead.

A flaw in the Virginia constitution

The fact that we don’t have a public initiative system like in California is a flaw in our constitution.

Here in Virginia, amendments to the Virginia constitution must start with incumbents in the General Assembly, the most senior of whom are in so deep in the current campaign finance system that they are unable to even bring it up.

It took a true series of miracles — a once-in-multiple-decades timing of a transition of power — to get an amendment passed in the General Assembly in consecutive years and approved by the voters to make the redistricting process bipartisan.

And then the voters loved it.

Campaign finance reform would be as popular as was redistricting reform  But it won’t happen that way. The electorate won’t get a chance to vote on it.

It remains unlikely that we will get legislation initiated in the General Assembly that is passed to limit campaign donations. You are by definition an incumbent if you can vote on the bill, and if you are a committee chair, you are likely armpits deep in the fruits of the current system.

So a governor, ineligible to run for consecutive terms, will have to lead.

Campaign finance reform legislation publicly pushed and spoken about by a governor would have a real chance.

The fact that politicians of both parties access those lobbyist checkbooks makes both parties vulnerable to endless stories about the facts of the money they have taken. Then there are the effects of vastly disproportionate funding by single issue donors.

Stories of public interest legislation buried and special interest legislation passed. Of committee chairpersons swamped in cash by interests they oversee. Of state inspectors charged with inspecting nursing homes and hospitals purposely underfunded and therefore understaffed to do the job properly.

That sort of thing.

I honestly think that a governor who really leads on the issue could bring enough public attention and pressure to it to make the General Assembly pass his law.   The threat to incumbents of both parties would be get behind it or be publicly exposed and embarrassed and lose next time.

Once elected and unable to run again for consecutive terms, either of Virginia’s gubernatorial candidates could take up that cause after the election. I hope the winner will do so.

It is our only chance for a return to true representative government.

I need to keep up. Seems that McAuliffe announced in April that he has changed his previous opposition to repeal of Virginia’s right-to-work law. The $2.2 m has come since that point.

Going out on a limb, that may limit our chances that he will support campaign finance reform.