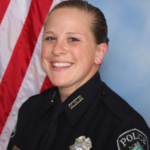 Newport News police officer Katherine M. “Katie” Thyne, 24, mother of two, and girl’s basketball coach, was killed in January during a traffic stop. In the incident, she was dragged about a block and pinned between the fleeing car and a tree.

Last week Virginia Senate Democrats unveiled a 27-bill package of criminal justice “reforms” they will advance in the special session that Governor Ralph Northam has said he expects to call this August. Some have potential merit, such as a slew of proposals to hold law-enforcement officers accountable for unjustified use of force. But some seem to be scripted to ruin police morale.

The list released by the Senate Dems provides only a bare-bones description of what the initiatives entail. There is no way to know exactly what legislators have in mind until we see the bills. Even so, there’s reason enough to sound the sirens. Bacon’s Rebellion will take a closer look at the more alarming proposals as time permits. For now, I want to focus on one: “defelonizing” assaults on law enforcement officers.

Under current law, anyone convicted of assaulting a law enforcement officer is guilty of a Class 6 felony and subject to a mandatory minimum term of confinement of six months. The proposal would reduce assaults to misdemeanors.

Last year, according to the Crime in Virginia 2019 report, there were 1,939 assaults on officers. While more than two-thirds were minor scraps resulting in no injury, 497 resulted in minor injuries, 22 in major injuries, seven in broken bones, six in severe lacerations, four possible internal injuries, and one in a fatality.

What is the justification for reducing the penalty? One possible reason is to equalize penalties for assaulting police with penalties for assaulting other members of the public. Simple assault is a Class 1 misdemeanor carrying a penalty up to six months rather than a minimum of six months. Perhaps African-Americans are disproportionately likely to be sentenced for the charge. I don’t know. Hopefully, we’ll know more when the Dems roll out their legislation.

Let’s explore the downside of reducing the penalty. Roughly 8% of the state’s 22,848 police officers are assaulted each year. While the overwhelming majority of interactions with the population are peaceful, incidents could turn violent at any time. Here is a breakdown of the circumstances in which the assaults occurred last year:

How much deterrent effect does the felony penalty have? Most of the incidents described above occurred in the heat of the moment. I question whether criminals dispassionately calculate the pros and cons before assaulting an officer: “Well, now that they’ve reduced the penalty, I might get only three months in jail rather than six if I sucker-punch that cop.”

I would go so far as to say that most people have no clue what the law provides. I don’t think the law is about deterrence.

On the other hand, law-enforcement officers assuredly do know the penalties. And when they confront potentially dangerous situations, they’d like to know that society has got their back. I can’t imagine what’s happening to police morale right now in Virginia as the Black Lives Matter movement, the media and many politicians paint police as the bad guys. Reportedly, police retirements have increased 50% this year over last year in New York. But, then, New York is run by Mayor Bill de Blasio, who has long scapegoated police, and Virginia has no one comparably hostile. Perhaps the Virginia Retirement System has data on police retirements; it would be useful data to have.

Even without hard data, of all the purported reforms proposed by the Senate Democrats, this strikes me as one of the worst. The measure does nothing to ensure equal justice of African-Americans in the criminal justice system, but it dramatically signals to law-enforcement officers that their safety and lives have less value. The message isn’t that Black Lives Matter, it’s that Blue Lives Don’t Matter. Is that a message that most Democrats really want to convey?