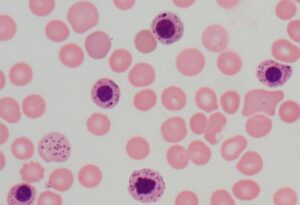 It has long been known that lead poisoning in children is associated with higher rates of school suspensions, criminal behavior and other adverse outcomes. Low-income children are up to 12 times more likely to have elevated blood lead levels (BLLs); Black children are more than twice as likely to be lead poisoned as their White peers.

A new study explores the secondary consequences of lead poisoning. What effect do children with elevated BLLs have on their peers? “Because children exposed to lead are more disruptive, have lower achievement, and engage in risky behavior, the effects of lead exposure might spill over to affect everyone in the classroom,” conjecture Ludovica Gazze and two co-authors of “The Long-Run Spillover effects of Pollution: How Exposure to Lead Affects Everyone in the Classroom.”

While a primary purpose of the paper is to illuminate links between pollution and human behavior, it also sheds light on an issue of great interest to Bacon’s Rebellion: the impact of disruptive behavior on school children. As it turns out, Gazze et al. find a significant relationship between students with elevated BLLs and lower high-school graduation rates, SAT-taking rates, and increased suspensions and absences among their peers.

Focusing on elevated BLLs allows the authors to circumvent a tricky analytical problem. It’s one thing to say that there is a correlation between the presence of disruptive students and adverse educational outcomes for their fellow students, but it is another to establish causality. As the authors explain, “It is unclear whether a disruptive child causes their classmates to misbehave, or whether the classmates cause them to be disruptive (i.e., the reflection problem).”

The authors use students with lead poisoning as a proxy for students exhibiting disruptive behavior. Their approach avoids the reflection problem because a child cannot affect the blood lead levels of his peers. In other words, causality can run only one way.

Gazze et al. exploit a trove of education data from North Carolina public schools between 1992 and 2016, which link to data on children’s BLLs measured by age six. The authors compare siblings whose cohorts randomly differ in the proportion of children with high BLLs. The findings:

And, of particular importance given the political debates raging today…

Disruptive peers disproportionally affect the outcomes of Black students, suggesting that the spillover effects of pollution could be contributing to persistent inequality in human capital accumulation.

The authors suggest that remediating lead hazards is likely to be more cost effective than previously supposed. Of course, lead poisoning is only one of many contributors to disruptive classroom behavior.

As many as a half million young children appear to still be poisoned by lead each year, the authors say. On the other hand, thanks to the banning of lead in paint and gasoline, BLLs have declined markedly over the past four decades. According to a study published in the American Journal of Preventive Medicine, the geometric mean of blood levels fell by more than half between 1999 and 2016: from 1.68 µg/dL to 0.82 µg/dL. Accordingly, the impact of lead poisoning on school performance and other sociological metrics should be shrinking as well.

But school discipline remains a serious issue, and the evidence is ambiguous at best as to whether classroom disruptions were moderating in frequency and severity or getting worse before the COVID-19 shutdowns kept almost all public school students at home.

My takeaway from the study is that (a) disruptive students have a negative impact on their peers, as measured by absenteeism, suspensions, graduation rates, and SAT test-taking, and that (b) African-American children are disproportionately affected. Differences in classroom disruptions are significant contributors to social inequality. Likewise, policies that allow these disruptions to persist amplify the inequality.

Governor Northam, please pay heed. If you want to root out “systemic racism” in Virginia schools, take a look at classroom discipline. Consider the second-order effects of disruption on students who come to school prepared to learn.