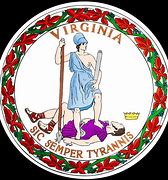 Nursing facilities in Virginia offer an incredible mixed bag. There are heroes and villains. Much to see here.

This column will offer expansive  views of government data on each of the 286 nursing facilities in this state.

I found out a lot things that really matter to the quality of a nursing facility in Virginia. And a lot of things about government oversight.  nd government insurance payments.

From the visualization aids I provide, so will you.

Finally, take a look at the Inspection activity.

It reflects the massive understaffing of the VDH inspectors. Look at the “Last standard (full) health inspection” column. You will see coded in red that 42 (15%) of Virginia’s nursing facilities have not been fully inspected since 2018.  The federal requirement is once a year.

You will be convinced by the data that strict and timely government oversight is required to ensure, and ensure Virginians of, of nursing facility quality.

The state must fix the statutory and budget issues that have resulted, purposely, in Office of Licensure and Inspection staffing shortfalls.

The information you need

Each download is sorted to give a different view.

I offer one sorted by location and one by ownership. A third will show only the nursing/skilled nursing facilities of continuing care communities (CCC).

Each is color-coded, referenced and footnoted. The data are labeled by the date/time of the download. Remember, this is just a snapshot.

So, use it to understand what information is available for when you may need it in the future. When you do, everything you need will be at https://www.medicare.gov/care-compare/ .

Not nearly everything in the spreadsheets I offer here comes from that site, but everything you will need to make informed personal choices is there.

Every other source of lists and assessments of such facilities pales by comparison. A lot of such sources are paid by the providers to optimize their advertising.

You can look at the web pages of some of the worst ones and think they are candidates for best-of-class awards.

They tend to be outstanding because the business model is designed to make a lot of money off the independent and assisted living components of the business. They can — really as a business issue must — offer good nursing facilities.

There are 42 nursing homes in Virginia that are part of a CCC. Twenty eight of them have a five-star overall rating. Five more are rated four stars.

The three two-star rated nursing facilities in this class are owned by Saber and by Laurel Health Care, who run sub-par facilities elsewhere in the state that are only nursing homes, and by the government of Chesterfield County.

The average overall rating for this group is 4.38.

The entire rest of the nursing facility universe in Virginia, the ones that stand alone without assisted living, has an average rating of 3.0.

These facilities offer the most obvious example in the senior care industry of quality chasing money, and vice versa.

Even without the up-front investment in the CCC, it is often possible to get a bed in their skilled nursing facilities for shorter term care if they have the space.

There are a small number of government and government-sponsored nursing facilities in Virginia.

Three state facilities are funded by the Virginia Department of Veterans Affairs. They are in Richmond, Marion and Roanoke.

The other state facility, Hiram W. Davis Medical Center in Petersburg, is funded by Commonwealth’s’s Department of Behavioral Health and Developmental Services.

Of the four, three are rated five stars and one four stars. So, taken as a group these state facilities are the best in the Commonwealth. They are inspected not by VDH but by federal inspectors.

The city and county-funded nursing facilities, one in Manassas funded by the Northern Va. Health Center Commission, one in Bedford and one in Orange, are together slightly above average with the one in Orange rated 5 stars.

The 45 non-profit nursing facilities that are not CCCs are well above average, with an average overall rating of 3.63.

In this classification, however, there are three chains, Accordius, ProMedica and Saber, that operate both for-profit and non-profit nursing facilities. Their non-profit facilities mirror the relatively low grades of their for-profit locations.

When use move those nine substandard chain facilities (overall average 2.0) into a separate category, we find that the overall average of the remaining 36 non-profits is 4.0.

The majority of the nursing facilities in Virginia are for-profit, non-CCC facilities. There are 193 of them of a total of 286.

Heritage Hall wins my personal most-improved award since I first wrote about that chain 18 months ago. Be careful in choosing, but they run some excellent facilities now. A tip of the hat to Tommy East, the CEO.

Those organizations need to rethink their business models or the government needs to deal with them more aggressively. Or both.

There are 26 single-location, for-profit nursing homes. Many of the best ones are run as for profit subsidiaries of non-profit hospital corporations.

I have in this series criticized some of those facilities and praised others, but when you become their patient they work with what they get — you.

Some of us are more challenging nursing home patients than others. We might enter a nursing home for post surgery recuperation and release or we might need long-term-care. Either way, if we have multiple complicating conditions, we are harder to treat and less likely to get well than otherwise.

Poor citizens from poor neighborhoods, cities and counties arrive at those facilities with on average much worse personal health — more and longer-term co-morbidities — than other Commonwealth populations. They are harder to heal and die younger.

You can see it in the attached 2021 County Health Rankings and Roadmaps, a program of the University of Wisconsin Population Health Institute.

That organization annually ranks both Health Outcomes and Health Factors for every city and county in America, and I have included both rankings in the master spreadsheet for each nursing home.

It also breaks each outcome and factor ranking down to sub-rankings, and then to ranked measure data.

It is very much worth a look. And it certainly matters to nursing homes.

Those in the areas of poor public health have a considerable harder mission and likely lower revenues per patient than others.

The entire industry — nonprofit and for profit — is driven by business models, another term for how to make money regardless of the payer mix.

It is easy to criticize some of the for-profit management, but at least they locate in poor areas. Nonprofits more often go where the money is.

Nursing facilities have to be very efficient to make money under those circumstances. Their biggest cost is labor, so there is always a temptation to cut back on staffing to meet financial goals.

That is why the federal government monitors their staffing by linking it with payroll. I wish both CMS and the Commonwealth would act more forcefully on that information.

I also agree with the industry that reimbursements by government insurance programs need to increase.

Medicare and Medicaid offer what they decide they can pay based upon budgets at the federal and state (Medicaid) levels. They depend upon commercial insurance to pay much more and the balance to work out in support of the providers.

It does not in poor areas. That is why you see major staffing shortfalls in nursing homes with a disproportionately high mix of government payers. I don’t defend it, but I understand it. With the statewide patient load losses since COVID, I frankly don’t understand how some of them are staying in business.

The Virginia Joint Commission on Health Care has reported that in general, facilities with fewer staff also have a higher concentration of Medicaid recipients and Black residents. I do not have access to the data resource that they used to make that assessment, but I don’t doubt it. The Medicaid recipient fact is the controlling issue.

In the spreadsheets I have provided I have indicated and color coded the gross racial mix — white majority, Black majority and no single race majority — of each jurisdiction and each zip code that hosts a nursing home.

My data show that a disproportionate number of nursing homes in Black majority or no racial majority cities and counties are located in white zip codes in those jurisdictions.

That can as easily be understood as the result of crime statistics and recruiting issues as it can racism. At least they are readily available close to minority communities. And if they get caught disadvantaging minority applicants, Medicare and Medicaid will cut them off.

You will note in the location spreadsheet that 16 of Virginia’s 133 jurisdictions are not host to a nursing facility.

Of those, two, Brunswick County and Greensville County, are majority Black. Both are Southside Virginia, which in general has suffered from terrible healthcare for generations. Bon Secours took over the regional hospitals a couple of years ago and I am confident will improve that situation over time.

Another is Nelson County outside of Charlottesville. There are no nursing homes in Manassas Park City.

The rest of the counties without nursing facilities are on the I-81 corridor and heavily white.

Poverty, poor public health in poor areas, recruiting and the low payments associated with government insurance programs appear to be by far the biggest factors in the quality of Virginia’s nursing facilities. COVID made all of that worse.