Big Brother Has Been Curtailed 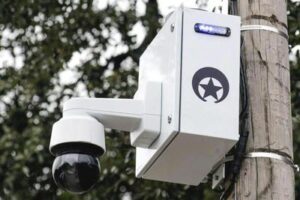 A recent TV series, Person of Interest, centered on the ability to use large databases of personal information coupled with extensive audio and video surveillance to identify any individual and pull up extensive data on that individual. A small team of good guys used this capability to identify threats to individuals and help the threatened individual escape harm. An extensive network of bad guys seized upon the technology to dominate the world. The good guys, of course, tried to stop the bad guys.

That may sound a little futuristic, but it exists today. The Chinese government has built an extensive facial recognition system which it uses to persecute minority populations and intimidate its general population.

The United States has not gotten to the level of the Chinese, but law-enforcement agencies have made extensive use of face recognition technology. For example, police departments in the state of Florida have been using it for a couple of decades.

Getting closer to home, the Virginia State Police and the city of Virginia Beach recently admitted, after denying it repeatedly, that their officers used face recognition technology in recent years. As an explanation for the prior denials, the spokesmen for the agency and the city explained that several detectives had taken advantage of free trial offers by a private company and had downloaded the software without the knowledge of their superiors.

Law-enforcement authorities champion the use of facial recognition software as “a way to catch bad guys — you can catch really bad actors — and that’s always a good thing,” as John Jones, executive director of the Virginia Sheriffs’ Association, put it.

There are a couple of major problems with this rationale. The first is that of the slippery slope, of the software being used for purposes beyond “catching bad guys.” (See China.) Clearview AI, one of the most aggressive private vendors of facial recognition technology, uses a database of more than 1.3 billion images that it claims to have scraped from Facebook, Venmo, YouTube, and “millions” of other websites. It is not hard to see problems with invasion of privacy arising from the use of such information.

The second problem with the law-enforcement rationale is that studies have shown that the facial recognition programs exhibit a high degree of inaccuracy when it comes to females and darker skin tones. This is another area in which minorities are more subject to wrongful arrest than whites.

It was in response to such concerns that Del. Lachrecse Aird, D-Petersburg,  introduced HB 2031 in the past General Assembly. In its final form, the bill prohibits local law-enforcement agencies and campus police from purchasing or deploying any facial recognition technology, unless specifically authorized by statute. Furthermore, if use is authorized by statute, the technology must be maintained under the exclusive control of the law-enforcement or campus police agency and its data kept confidential. The bill passed unanimously in both houses of the legislature.

Governor Northam has not yet signed the bill into law. Currently, there are two movements underway to persuade him to send the bill back to the General Assembly with proposed amendments. First, John Jones wants the Governor to recommend a re-enactment clause that would require that the bill be approved again next year before becoming effective.

As originally introduced, the bill would have prohibited the use of facial recognition technology by law-enforcement or campus police unless approved by local ordinance or by the governing body of the institution of higher education. It was amended In the Senate to be a statewide ban with any exceptions approved by the General Assembly. Jones claims that he had not been aware of the Senate amendments being adopted. “There’s no exclusion for anything in this bill, and I think it was done too hastily. I just think it goes way too far,” he said. (Excuse me, but John Jones has been representing the Sheriff’s Association for more than 30 years and is one of the most experienced lobbyists working the General Assembly. He is not one to miss something this obvious.)

The other person lobbying the Governor to send the bill back with an amendment is Del. Aird, the bill’s patron. As passed, the bill does not apply to the Virginia State Police. Del. Aird says the Secretary of Public Safety and Homeland Security told her during the session that the State Police were not using the face recognition technology. After learning from the Virginian-Pilot that the department had used the technology, she now is requesting the Governor to propose an amendment that would apply the terms of the legislation to the State Police.

The Governor has until midnight on Wednesday to decide on signing the bill as passed or returning it to the legislature with proposed amendments.

[Note: I am indebted to a story in today’s Richmond Times-Dispatch for alerting me to this issue and legislation and providing much of the background detail included in this post.]