The progressive dream of government control of children from birth is approaching reality in Virginia.

Terry McAuliffe shares that dream and wants to lead Virginia to that promised land.

Governor Ralph Northam and the Democratic General Assembly have established state control of our youngest children, but will struggle to fund it. And if a progressive government could pass those new laws in 2020, future state governments can repeal them.

McAuliffe wants to be Governor to opt in for Virginians to the early childhood education provisions of the federal “Build Back Better” program.

To complete the government control of children from birth with federal money. Under federal regulations and requirements. Wrench control of toddlers from their parents with two sets of laws.

Every parent in Virginia should pray he never gets the chance. And vote to prevent him from being in position to do so.

Child capture by the Commonwealth

For anyone who thinks an actual General Assembly member or administration staffer wrote any of these bills, I have a bridge across the East River to sell you.

My personal candidate for that honor is the University of Virginia School of Education and Human Development.

In the university cycle of life, the measurable loss of math and literacy skills by first grade by kids who had completed the Virginia Preschool Initiative are considered not failures but rather opportunities for continuing research. 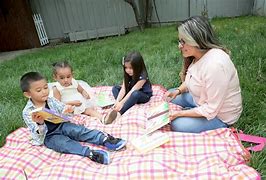 “A.  The Board (of Education) shall establish a statewide unified public-private system for early childhood care and education in the Commonwealth to ensure that every child has the opportunity to enter kindergarten healthy and ready to learn. Such system shall be administered by the Board, the Superintendent, and the Department and shall be formed, implemented, and sustained through a structure that engages and leverages both state-level authority and regional-level public-private partnership assets.

B.  It is the intent of the General Assembly that the system established pursuant to subsection A shall

The reference to the Virginia Preschool Initiative was a giveaway — the “tell.

For anyone who thinks that the words in § 22.1-289.03 were what the General Assembly meant, see next the law that provides guidelines for implementation.

§ 22.1-289.09. Programs designed to promote educational opportunities. That law begins with a “finding” by the General Assembly that was proven untrue in Virginia before the law was written.

A. The General Assembly finds that effective prevention programs designed to assist children at risk of school failure and dropout are practical mechanisms for reducing violent and criminal activity and for ensuring that Virginia’s children will reach adulthood with the skills necessary to succeed…

The four-year Virginia Preschool Initiative (+) pilot final report in 2019 revealed that any learning advantages gained in VPI expired before the end of the first grade.

And it admitted that all pilots of the same program design had encountered the same lapse rate.

But the left-wing education schools who structured the program and led it for four years were completely unfazed. The goal of the VPI program was not education, but control. Mission accomplished.

So the “finding” on which the law was predicated is not a mistake, but rather a lie. A lie considered necessary to assure state control of children from birth.

They never stopped to wonder what would be taught to these kids if conservatives regained control of the state. They cannot imagine anyone as totally captured by dogma as they. And they control the system.

The progressive education establishment will fight a rearguard action. Not everyone in the VDOE could be fired, and the tenured professoriate could not be.

Governor Youngkin will appoint an education department management team to fight them. Governor McAuliffe will be on their team.

Child capture by the federal government

The Build Back Better Act in its currently published form admits that it will spend at least an estimated $450 billion — in the very near term– on the capture of children into government-controlled preschool and childcare programs.

The bill mandates that childcare and pre-school workers have college degrees and be paid the same as elementary school teachers. They will of course be regulated by state departments of education. It is designed to drive out current providers and replace them with the products of education schools.

It will have the very intended effect of driving up the costs of child care and pre-school to levels that few parents will be able to pay, thus making permanent the necessity for federal, state and local governments to fund and control that industry.

A win-win, and designed to be a permanent one, for the Left.

Please note the words from the House Education and Labor Committee print of the Act:

“For the first three years of the program, the federal share is equal to 100 percent of the state’s expenditures for preschool services, and no state match is required. In subsequent years, the federal/state share changes to 90/10, 80/20, 70/30, and 60/40. ”

“States would be required … to ensure that payment rates cover the cost of high-quality child care and living wages for early childhood staff, as well as pay parity with similarly credentialed elementary school teachers.”

Also notice in that same document the words “parent” or “parents” appear only once:

“families with a parent engaging in an eligible activity would be eligible for, and entitled to, child care assistance through a child care subsidy or grant-funded child care slot.”

No word on what those eligible activities may be. I guess that is still being negotiated.

If the federal law is passed, Virginians will be subject to it if Virginia opts in.

Terry McAuliffe will opt in.

I’d like to see the cost estimates for Virginia. McAuliffe doesn’t want to see them right now. During the campaign.

Regulations and requirements in Build Back Better

Heritage.org reports on the regulations and requirements of the law:

Regulations and Requirements. The approval needed from the federal government (states must submit applications to the Secretary of the Department of Health and Human Services) means that there are implicit and explicit standards set by government bureaucrats as to what may happen in a local preschool or daycare center. The legislation states that the minimum quality standards to be eligible for funding match those of the ineffective federal Head Start program.

Additional regulations and requirements meant to “support quality,” such as wage supplements, college degree requirements for preschool workers, and low child-to-staff ratios, will inevitably lead to higher costs for taxpayers.

First, preschool and childcare wages would no longer be set by the market. Childcare workers would have mandated minimum wages, and the pay scale for preschool staff would be pegged to the salaries of elementary school teachers, who currently have higher certification requirements and education levels. The proposal also requires that all lead pre-K workers have a bachelor’s degree in early childhood education or a related field, despite there being no evidence that formal education beyond a high school diploma makes someone a better caretaker.

Second, preschool providers must implement federally approved limits for student-to-teacher ratios and the number of children in a classroom. Given that these limits tend to be lower than those in elementary school, and paired with the pay requirements, it is not unlikely that the cost to tax- payers soon exceeds the current K–12 average per pupil of about $15,450.  For example, a 2015 report finds that “an increase in the child–staff ratio requirement for infants by one infant is associated with a decrease in the cost of childcare of between 9 and 20 percent.” The same report finds that it would also “reduce the annual cost of childcare by between $850 and $1,890 per child across all states, on average.”

Third, states are required to have a system of provider licensure. (Sherlock note: Licensing in Virginia was moved into the VDOE on July 1.) There is a robust literature on the negative effects of professional licensing laws, which lead to industry capture of established providers, drive up costs, and create barriers to entry for entrepreneurs and workers. For example, if one wants to become a licensed childcare provider in North Carolina, the entire process will take 401 days. It is then no surprise that childcare-provider licensure has also shown to reduce overall availability of childcare services, particularly in lower-income areas—the same population that Congress claims to want to help…

Distribution of Seats. In an attempt to provide “mixed delivery pre-school services,” preschool seats must be “distributed equitably among childcare (including family childcare), Head Start, and schools within the entire state.” If demand for any one of these three options exceeds one-third of students in the state, there will predictably be shortages in the types of providers that parents desire. This type of central planning and the imposition of seat-distribution criteria will only restrict choice.

The progressives who dominate the education education schools and teachers unions are nothing if not organized to capture our children for the state.

States will have to opt in to the federal program.

Once the children are captured and parents stripped of options for child care and early education, the state can introduce whatever “education” program it wants.

Anyone think that Terry McAuliffe won’t opt in?

Ask Randi Weingarten, the radical head of the American Federation of Teachers.

Last week she rolled out a million-dollar ad buy for McAuliffe in the Northern Virginia market.

Note: I looked for the potty training, diaper changing and vomit cleanup sections of both federal and Virginia law, but those instructions, apparently, will be provided in regulations.

Most of our mothers would not have made the cut.