“Though passion may have strained, it must not break our bonds of affection. The mystic chords of memory will swell when again touched, as surely they will be, by the better angels of our nature.” 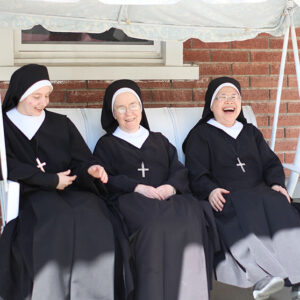 Throughout its long history in Norfolk, DePaul has been known for its exceptional, personalized care. While this transition is underway, we will honor the legacy of DePaul Medical Center, continue to serve our patients with compassion and dignity, and will remain focused on our founding congregations’ steadfast commitment to ensuring that compassionate care is available for each of our patients, communities and associates – especially in times of need.

DePaul Hospital did not just die, it was murdered by Virginia’s COPN process, but that is for another column.

This one will celebrate its life and the lives of the women who founded and ran it for 141 years.

I wrote a column  nearly a year ago called “Bon Secours – A Blessing Indeed.”  It spoke to the unalloyed Christian charity of that healthcare system that controls DePaul and is forced to shut it down.

It celebrated the fact Bon Secours/Mercy Health acquired failing hospitals then owned by Community Health Systems (CHS) in Petersburg, Franklin and Emporia that served their economically disadvantaged and heavily black populations. Bon Secours is never going to make money there, but it will serve the afflicted, as is its mission.

Such charity should be neither uncommon or remarkable among hospital systems that declare themselves to be not-for-profit public charities, but it most certainly is.

DePaul was founded in 1855 by the Sisters of Charity as the Hospital of St. Vincent de Paul, the first hospital in Norfolk for civilians.

As reported in The Virginian-Pilot, the hospital started with just a handful of rooms in a brick mansion at Church and Wood streets during the yellow fever epidemic. In May 1944, after two years of construction, the hospital moved to its present site.

At its height it served over 600 inpatients at a time in its facilities located on purpose in one of the poorest sections of Norfolk.

Bon Secours took over ownership of DePaul hospital from the Sisters of Charity in 1996. Bon Secours merged with Mercy Health in 2018.

The Catholic order of nuns Daughters of Charity of Saint Vincent De Paul was founded in France in 1633. The sisters came mostly from lives of comfort, some from luxury. From that same year, it created what was at the time groundbreaking training of the women, particularly for the care of the sick.

Its members then and today make annual vows throughout their life, which leaves them always free to leave, without need of ecclesiastical permission. They are devoted to serving the poor through the corporal and spiritual works of mercy.

They live in the communities they serve. At their founding, they differed from other religious congregations of that time in that they were not cloistered in order to maintain closeness to those whom they served.

They suffered terribly under the Jacobins of the French revolution who were determined to shut down all convents. The community was officially disbanded in 1793. Public executions of the leaders of nuns who refused to renounce their vows followed starting in 1794. Those women are now saints of the Catholic Church. The order was restored in 1801.

During the Civil War, the congregation nursed soldiers in field hospitals and in prisoner-of-war camps.

Today, hospitals founded by Sisters of Charity exist not only in the Bon Secours network. Five of them are part of the Ascension Healthcare system, including St. Agnes hospital in Baltimore and others are managed by Catholic Health in Buffalo.

Every so often, we need to pause from the pressing issues of the present to recognize our betters.

For Americans, the Sisters of Charity have been our betters for more than 200 years.

I thank them for us all.

This entry was posted in Charity and philanthropy, Health Care and tagged James Sherlock. Bookmark the permalink.