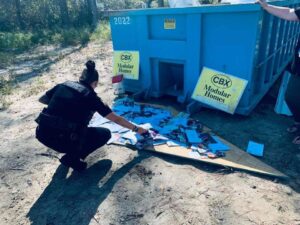 Builder Joseph T. Garganus was taking two homeowners on a walk-through of their new Cape Cod home in the 3200 block of Colechester Road on Thursday afternoon when the owners asked if there were any extra pieces of siding that they could keep.

Garganus headed to the construction dumpster on the property for a look.

The general manager of Custom Builders Express was fishing out a few lengths of siding when something caught his eye. In one corner of the dumpster there were three clear bags – 50 gallons each – filled with something that looked like mail.

“If they’d been black bags I probably wouldn’t have even looked,” Garganus told me Thursday. 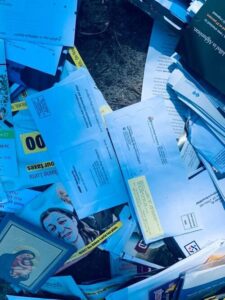 The builder said he reckons there were 70-80 pounds of mail: bills, letters, circulars, what appeared to be birthday cards. He did not see any ballots.

That doesn’t mean there weren’t any.

At 1:30 Garganus called the Virginia Beach Police Department’s non-emergency number. The police arrived on the scene, confirmed that it was, indeed, undelivered mail and summoned investigators from the U.S. Postal Service.

Virginia Beach Police Public Affairs Officer Linda Kuehn told me the investigation was then handed off to the mail inspectors.

Tampering with the US mail is a felony. If the culprit is found guilty he or she could face up to five years in federal prison and $250,000 in fines.

Garganus said the dates on the envelopes indicated these were recently posted letters and that most of the mail appeared to be bound for the Pungo and Sandbridge area. He believes the bags were dumped over the weekend.

“There were bills, letters, what looked like birthday cards,” Garganus said.

This alarming discovery comes as American voters weigh the risks of voting in person against trusting their ballots to the USPS. Anecdotal reports of mail tampering from around the country are beginning to accumulate.

On Wednesday Forbes reported that a mail carrier in Hudson County, N.J., was arrested and charged with mail obstruction for tossing more than 1,000 pieces of mail – including ballots – in a dumpster.

Last weekend at least six mailboxes were vandalized in the Richmond area and contents were stolen.

I asked Garganus if he’d consider mailing his ballot for the November election.

“Are you kidding me? Definitely not,” declared the Yorktown resident. “No way!” 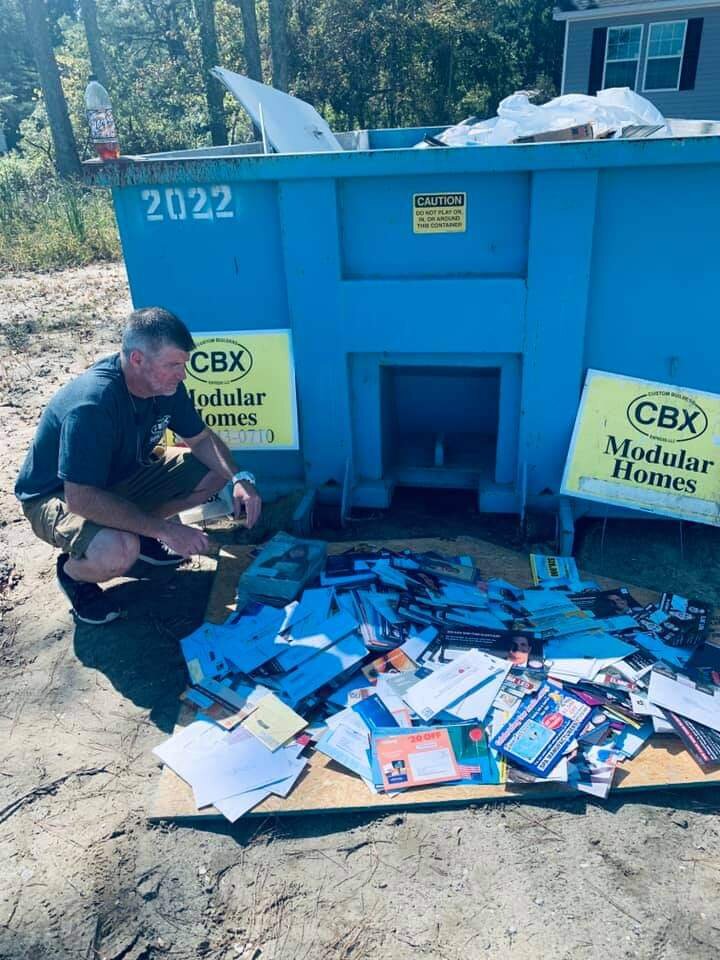 Photo from Joseph T. Gurganus Facebook page captioned “Interesting day at work…. I found 70-80lbs of undelivered mail in our construction container. This is ridiculous!!!! Y’all ready to vote??? Lol”