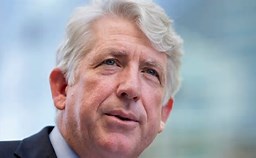 The Virginia Constitution (Article V, Section 5) assigns the Governor legislative duties. He is the only member of the Executive Department assigned such duties. The Attorney General has, well … none.

Of the duties of the Attorney General (Article V, Section 15), the Virginia Constitutions says only: “He shall perform such duties … as may be prescribed by law.”

Those duties illustrate why the Attorney General was not given legislative responsibilities in the Constitution.

It is impossible for him to both advocate for or against laws and be seen to be faithfully executing his duties. Virginians will always wonder whether such an advocate will fairly execute the laws or fairly advise the Governor and General Assembly.

Most importantly, there is the issue of the fact or appearance of public corruption.

The Attorney General, like other Virginia state and local elected officials, is the recipient of unlimited campaign donations.

In all of his various fund raising committees, Mr. Herring has received nearly $3.5 million from single issue groups, $2.3 million from law firms, $1.27 million from organized labor and $378,000 from public employees.

From Mr. Herring himself:

“I hold myself and the employees of the Office of Attorney General to the highest ethical and legal standards.” https://oag.state.va.us/our-office/about-the-office

So imagine my surprise when I read this press release from the AGs’ office.  The headline was:

“I want to thank my colleagues in both the Senate and the House for helping to pass my priorities this year. And I look forward to seeing how much more we are able to accomplish next year.”

You should read the entire press release — an official press release/campaign document prepared by state employees at state expense. It is extraordinary.

We are left to wonder about the reaction of the Governor and the Democrats in the General Assembly to the Attorney General claiming credit for legislative victories.

This brings me to the letter I recommended be sent by one or more General Assembly Members to the Attorney General asking for an opinion on a list of questions concerning public employee collective bargaining.

As I understand it, that letter is in the mail to the Attorney General from a sitting Senator.

Will Mr. Herring’s answer be informed by Virginia law or the more than $1.6 million that organized labor and public employees have contributed to the Attorney General? We will find out.

In case you missed it, Mr. Herring wants to be Governor. The transition should be easy.

This entry was posted in Courts and law, Governance, Public corruption. Bookmark the permalink.