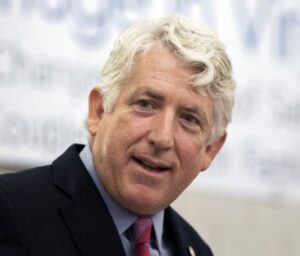 In September President Trump issued an executive order banning bias and diversity training in the federal government that inculcates divisive concepts such as the idea that some people, by virtue of their race or sex, are inherently racist, sexist or oppressive.

Three days ago, Virginia’s attorney general, Mark Herring, joined a coalition of attorneys general in urging the president to rescind the order on the grounds that it could be “misconstrued” to roll back implicit bias training for federal contractors and federal grantees.

“Government should expand and increase its commitment to training centered on understanding and combating racial injustice,” said Herring in a press release. “Now is the time for greater communication and support for diversity, equity and inclusion, not less.”

Looking ahead the 2021 General Assembly session, Herring says Virginia police should undergo training to eliminate “implicit bias” and “racial bias,” among other topics meant to further racial justice. Meanwhile, the Virginia Department of Education and local school boards across the state are implementing “implicit bias” seminars and training sessions for teachers, administrators and even students.

With the spread of Critical Race Theory, anti-bias training is becoming less about eliminating bias against minorities and more about blaming white people for social injustice. It is increasingly political and, as practiced in the real world, it amounts to government-funded, government-mandated indoctrination of a Leftist worldview. Herring does not state outright that America’s institutions and white people generally are inherently racist. But in criticizing Trump’s executive order, he pointedly does not disavow the tenets of Critical Race Theory that the order would ban from bias training.

What the executive order says

Trump’s executive order makes it plain that federal contractors and grant recipients should “foster environments devoid of hostility grounded in race, sex, and other federally protected characteristics.” The order says that the federal government is committed to fair and equal treatment of all individuals before the law, and that training federal employees to create an inclusive workplace is “appropriate and beneficial.”

However, the order notes, implicit bias training is increasingly based upon a “destructive ideology” based on the propositions that America is an irredeemably racist and sexist country, and that white people, on account of their race, are racist, regardless of how they conduct themselves or the beliefs they profess.

Once upon a time in the far distant past — say, a year ago — these would not have been controversial propositions. Today, with the explosive propagation of Critical Race Theory, they are.

Because state agencies and officials are frequent recipients of federal grants, Herring is concerned that the executive order might be applied to state-mandated bias training. Whether the executive order “is intended to ban implicit bias or unconscious bias trainings or merely has the tragic and foreseeable consequence of reducing this important work,” Herring says, he and his colleagues oppose implementing it in their states.

Science has demonstrated that all people possess implicit biases, a tendency to process information based on unconscious associations and feelings. Implicit bias is not always harmful, but when fueled by stereotypes implicit biases may impede collaboration and affect understanding, judgment, actions and decisions that unconsciously harm members of certain groups. To eliminate harmful bias, a conscious awareness of one’s own implicit bias is critical.

However, Herring is quite open about the political motives underpinning anti-bias training (my emphasis):

Our country finds itself in a period of racial and criminal justice reckoning that we have not seen in decades and we must use this pivotal moment to change our country for the better and not make it go backwards. …

Equal justice under law will not be achieved until we acknowledge and reckon with the racial inequities that persist in our society. The nationwide movement for racial justice has heightened awareness of not only how we treat each other as individuals, but also the role systems play in affording, or restraining, the advancement of particular groups.

In summary, Herring believes that racial injustice pervades society, and he believes that it is the role of government to instill a “heightened awareness” of how we treat each other as individuals and how political and economic “systems” should be ordered. It is not enough to individual expression of bias, it is necessary to end biased thinking and biased systems. In other words, Herring’s view of bias training incorporates inherently political perspectives.

Herring is free to hold whatever views he wishes, free to preach them to the electorate, and free to implement them (within the scope of the law) as attorney general. But he has no right to impose his left-wing world view through government-funded and government-mandated indoctrination programs for the police, in the schools or anywhere else.

This entry was posted in Culture wars, Governance, Individual liberties, Race and race relations and tagged James A. Bacon. Bookmark the permalink.