Another Tool in the Search for Affordable Housing 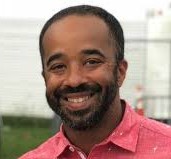 This is going to be an interesting session; probably a nightmare for Republicans. Much of the public attention has been on gun legislation, but there are other areas in which Democratic initiatives have been bottled up in the past and now will have a much better chance of being enacted.

One of these areas is housing. In an earlier blog today, Jim has highlighted one proposed piece of legislation dealing with “middle” housing. There is another bill that I had heard about earlier, which I think also addresses a housing issue that we have discussed on this blog. That is HB 6, introduced by Del. Jeff Bourne. D-Richmond. The bill would forbid someone from refusing to rent or sell a dwelling on the basis of the source of income or payment by the person seeking to rent or buy. In effect, it would prohibit landlords or property sellers from refusing to accept housing vouchers.

Bourne introduced this legislation in the 2019 session. It died in a House committee, without even being given the consideration of being referred to a subcommittee to be heard.

On this blog, we have discussed at least two problems associated with public or subsidized housing. First, such housing tends to concentrate poor folks in one place, leading to all sorts of social problems. Second, public housing is outrageously expensive to build and to administer.

More extensive use of housing vouchers for the provision of public housing would enable low-income families to seek housing in more middle income neighborhoods, which may be safer and be in better school zones. Vouchers would have the effect of diffusing poverty through the community, rather than concentrating it. Of course, there is always the transportation issue. Many poorer families need access to public transit and that would limit their choices of housing.

Instead of building and maintaining public or subsidized housing complexes, governments could provide vouchers based on the market value of housing in that area. Recipients could use those vouchers either for rent or mortgage payments. As often happens, the “market” may not be independent. Landlords could base their rents based on the value of vouchers. There will need to be some careful, independent analysis of what constitutes the “market value.”

As with most social issues, there is no magic solution for housing. But vouchers seem to be a viable approach. From the commentary I have read regarding this issue, there seems to be considerable resistance by landlords and financial institutions to accepting vouchers as payment for housing. (See here, here, here, and here.) HB 6 would broaden the choices available to lower income folks in their search for decent housing.

This entry was posted in Housing, Poverty & income gap and tagged Dick Hall-Sizemore. Bookmark the permalink.