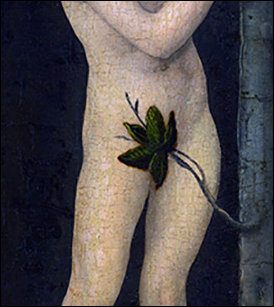 Virginia lawmakers are adding $4 million this year to the Commonwealth’s affordable housing trust fund. While acknowledging that the sum is a “drop in the bucket” when it comes to affordable housing costs — the money would bring the revolving low-interest loan fund up to $9.5 million — the Washington Post cites housing officials as saying that the money “is a sign that the state is paying attention to a growing need.”

I would characterize the $4 million expenditure differently. The political function is to allow the Northam administration and lawmakers generally look like they’re doing something while. in actuality, they are studiously ignoring the underlying problem. The erosion of affordable housing is mostly a supply-side problem, not a financing problem.

Let’s look at some numbers. The rate on 30-year mortgages today is about 4%. Let’s say revolving loan funds and other government programs can bring down the rate on “affordable” dwelling units to 3%. To keep things simple, let’s say that it costs $120,000 on average to acquire the land, hook up the utilities, and build the unit (although this number will vary from region to region, depending upon local regulations and construction costs).

Shaving the mortgage rate by 1 percentage point would reduce the financing cost per unit from $6,400 per year to $5,800.

By contrast, let’s say that addressing the supply side — reducing the land cost per unit, reducing utility hook-up fees, and embracing manufactured housing techniques, for example — drives down the cost per dwelling to $80,000. That would reduce the yearly cost of principle and the interest cost to less than $4,300 without the need for any government subsidy at all.

Is it realistic to bring down the cost per housing unit to $80,000? The average cost of a single-wide trailer home (600 to 1,300 square feet) is roughly $45,000. Localities can reduce the cost-per-unit of land by allowing developers to put more housing units on an acre of land. And municipal utilities can slash the cost of water-sewer hookup if the housing is being built in locations already served by water-sewer.

Pursuing such supply-side solutions to affordable housing wouldn’t change the fact that nobody wants poor people living their single-family residential neighborhoods and that NIMBYs would raise hell to halt planning commission approvals. But localities with slum neighborhoods have plenty of vacant and under-utilized land, and every suburban Virginia locality has abundant land outside of residential areas — in land zoned for commercial, industrial, and retail — that could be re-purposed to include housing.

I readily concede that the numbers above are very back-of-the-envelopish and that a serious analysis based on local costs might look very different in different parts of the state. In Northern Virginia, for instance, land costs will be considerably higher than elsewhere. On the other hand, greater use of manufactured housing, built in regions of the country where wages and other costs are lower, would yield tremendous savings over local stick-built housing.

Regardless, from what I can see, nobody is conducting this kind of analysis at all. The Poverty-Housing-Industrial complex precludes thinking about market-based solutions. Instead, what we have in Richmond is a redevelopment and housing authority that can’t figure out how to build new “affordable” housing for less than $250,000 per unit and is opting instead for renovating existing structures in crime-breeding housing projects for $50,000 to $60,000 a pop.

Why can’t we think differently? Because there are too many vested interests built up around the existing way of doing business with all of its consulting contracts, nonprofit sinecures, and housing bureaucracies. The United States suffers from institutional scleroris, and nowhere is that rigidity more evident than in the realm of affordable housing.

This entry was posted in Housing and tagged James A. Bacon. Bookmark the permalink.