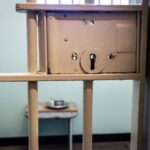 Gov. Ralph Northam’s ability to gaslight Virginia was on display again at his Tuesday press conference.

He indicated that he and his wife had visited schools that had recently reopened and that they were happy to see kids masked up and maintaining social distances from each other.

Maybe the sight of kids in masks warms Northam’s heart. To many of us it’s a sign of heartbreaking overkill.

He indicated that school reopenings were going great thanks to the data that showed schools were a safe place for children during the Covid-19 pandemic.

Unfortunately, that bit of “science” has been known since at least last June. Yet Northam’s original rules for school reopenings were so bizarre and unworkable that many districts just gave up and kept remote learning in place in the fall.

Following the Blue State playbook, the governor announced that he wasn’t going to relax his “emergency” restrictions on gatherings and masks, as if those rules were  somehow responsible for the recent sharp decline in cases and hospitalizations.

They aren’t, and Northam knows it.

Cases climbed sharply in January when Northam’s idiotic curfews and alcohol restrictions had been in place for a month. In fact, Virginia followed almost the exact same pattern of a sharp increase in cases followed by a sharp decrease as the states without curfews, shutdowns and mask mandates.

But Northam was at his most disturbing when the subject of parole was broached.

“I’m in favor of parole,” Northam said in his folksy accent. “I believe in second chances.”

That’s nice. But will someone with actual knowledge of the criminal justice system please tell Dr. Northam that most of the criminals eligible for parole have already had second chances. And third chances.

He’s the cop killer who put four rounds into the head of Richmond patrolman Michel P. Connors in 1979 during a traffic stop and whose release from prison last year was met with widespread anger. Especially from the law enforcement community.

Until Virginia’s soft-on-crime parole board freed him last year, Martin was serving a life sentence for the slaying. Because his crime was committed prior to Virginia’s 1995 Truth in Sentencing law, which effectively outlawed parole, Martin came up for a parole hearing periodically.

Previous boards had the good sense to turn him down.

Not this one. Its members have been busily freeing murderers.

A simple sentence in a Richmond Times-Dispatch story on Martin last year summed up everything that was wrong with parole.

“(Adrianne L.) Bennett (former chair of the Virginia Parole Board) said that Martin already has served 40 years in prison and been eligible for parole for the past 26 years.”

Think about that for a moment. Martin, sentenced to LIFE IN PRISON was eligible for parole after 14 years under Virginia’s old revolving door prison system.

Northam and company want to bring that back.

Did Martin deserve a second chance? Actually, Martin got his second chance after his first armed robbery conviction.

He got another chance after his second armed robbery conviction.

By the time he executed Officer Connors, Martin had used up his chances. Until Ralph Northam’s parole board came along, that is.