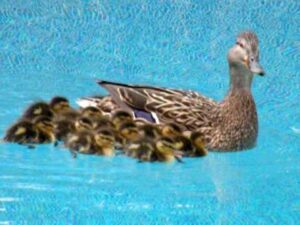 Governor Northam is moving to increase the amount of business that goes to companies owned by women or minorities.

A little background would help put the pending legislation into perspective. There have long been programs at the federal, state, and local levels that serve to give some preferences to small businesses, as well as to businesses owned by women and minorities. These programs have generally been upheld by the courts. Indeed, one of the leading cases in this area arose out of a suit brought in Virginia—City of Richmond v. J.A. Croson Company, 488 U.S. 469 (1989). The case law surrounding this issue is fairly complicated.  A summary can be found here in the recent diversity report commissioned by the Department of Small Business and Supplier Diversity (DSBSD). A more detailed analysis can be found here in an earlier report.

For many years, governors has issued executive orders directing agencies to take steps to increase the amount of state business provided to small, women-owned, and minority owned (SWaM) businesses.  (This is a situation in which the placement of a comma makes a significant difference in the meaning!) These executive orders have included a target goal for SWaM businesses. For many years, the goal was 40% of the discretionary spending of state agencies. Governor McAuliffe increased the goal to 42% and Governor Northam’s 2019 executive order retained that goal. (Northam’s executive order largely follows the provisions of McAuliffe’s order.)

State law defines a “small business” as one that is at least 51% independently owned and controlled by one or more individuals, has 250 or fewer employees, and average annual gross receipts of $10 million or less.  A “minority-owned” business is one that is at least 51% owned by one or more minority individuals.  (“Minority” includes African-American, Asian American, Hispanic American, and Native American. The law further defines those terms.) Similar terms are used to define “woman-owned” businesses. It seems that a minority- or woman-owned business does not have to meet the definition of “small business.”

The Governor’s executive order goes on to define a “micro business” as one that has no more than 25 employees and $3 million or less in average annual income.

In addition to the goal of 42% of state procurement expenditures, the executive order directs agencies to establish “set-aside” programs. Such programs would require that purchases of up to $100,000 for goods, nonprofessional services, and construction, and up to $80,000 for professional services, be set aside for awarding to SWaM businesses when the price quoted is “fair and reasonable” and does not exceed 5% of the lowest and responsive and responsible” non-SwaM bidder. Purchases of up to $10,000 shall be set aside for award to micro businesses under the same conditions. Finally, for all procurements over $100,000, agencies are directed to require a small business subcontracting plan in any bid or proposal.

HB 1784 not only would codify the provisions of the executive order, including the 42% goal, the set-aside programs, and the requirement that large bids or proposals include a SWaM subcontracting plan, it would go further than the executive order. It would reduce the size of companies that could be certified as “small business.” Under current law, a business with 250 or fewer employees and average gross receipts of $10 million or less could be certified by DSBSD. Rather that treat all businesses the same, regardless of their type, the bill would set different criteria for various categories of business. Furthermore, the maximum number of employees allowed for a business to qualify would range from 50 to 100 and maximum annual gross receipts would range from $3 million to $15 million, depending on the category of business. Finally, the bill would exempt SWaM contracts from the requirements of state procurement law.

Although these provisions are significant, the Richmond Times-Dispatch reports the Governor is proposing a substitute bill that would introduce a major new element: a procurement goal of 23.1% for businesses owned by women or minorities. (The substitute bill has not been adopted by a committee or subcommittee yet; therefore, it is not available on the Legislative Information System. Consequently, I have to rely on the RTD reporting.)

Currently, the Commonwealth’s measures dealing with helping small businesses have been “race- and gender-neutral.” The change proposed by the Governor would be “race- and gender-conscious.” According to DSBSD’s consultant’s report, such a measure must meet the higher legal standard of “strict scrutiny” because it “potentially impinges on the civil rights of businesses that are not minority- or woman-owned.”  This could turn into a legal thicket. Reports the RTD, “Secretary of Commerce and Trade Brian Ball said the state would tread carefully to ensure the participation of woman- and minority-owned businesses do not cross the legal line of quotas.”

As worthy as the policy of giving preference to small businesses is, policymakers need to recognize that there is a cost. Because of the economies of scale, small businesses often cannot perform work or provide goods as cheaply as large ones can. Agencies will pay higher costs to the extent they contract with small businesses. In my discussions with agency staff over the years, I often heard them lament about having to contract with a SWaM vendor even though that bid or proposal was higher than a non-SWaM bidder. Upon being asked why they did that despite the lack of a legal requirement to do so, they cited pressure from the Secretary’s office.

There should not be any doubt that agencies are under pressure to meet a SWaM goal. Following are some directives in the executive order:

“Cabinet Secretaries shall monitor their agencies’ and higher education institutions’ spending with all certified small businesses and meet with the Governor, or his designee, quarterly to discuss the agencies’ performance.”

“Each Cabinet Secretary shall evaluate the performance of their agencies and institutions of higher education in implementing these directive.”

Because I sympathize with the goal of helping small businesses, I have long supported the general policy of giving preference to them. However, I have contended that the preference should have a limit. The 5% differential in the set-aside programs seems reasonable, but I suspect that the pressure to meet the goal is so great that agencies have felt compelled to exceed that differential.

One wonders about the purpose of codifying the provisions of the executive order. One obvious purpose would be to ensure that the policies outlive the current governor. Nevertheless, the 42% is still a goal in the legislation and I assume 23.1% for woman- and minority-owned businesses being proposed by the Governor will be a goal, rather than a hard requirement. There would be no penalty for not achieving the goal. Having this goal in law could lead to some legal entanglements. Would a SWaM vendor be allowed to sue if she did not get awarded a contract although the state did not meets its statutory goal? Would every agency have to meet the statutory goals? If one agency did not, then other agencies would have to exceed the goal in order to the state to meet it. Would an agency have to seek authorization to award contracts to non-SWaM vendors as long as it was below the 42% goal? Who is going to coordinate this activity? One effect of enactment of the legislation will be to put more pressure on agencies to use SWaM vendors.

With the addition of a “race- and gender-conscious” measurement, the Governor would not only subject the Commonwealth’s policies and practices to a higher legal standard, he would make implementation and reporting more complex.  Currently, the policies and reporting apply to all small businesses as a whole.  The proposed new language would provide a separate goal for woman- and minority-owned businesses, necessitating additional recordkeeping. The bill’s designation of separate categories of small business, each with its own qualifying criteria, would further complicate the implementation. According to the RTD, the Governor plans to submit a budget amendment “to provide funding to expand the department [DSBSD] and create a division to carry out the state’s goals.”

This bill may run into trouble in the General Assembly. The same legislation was introduced in the 2020 Session and passed the House, but was carried over in the Senate. That should portend even more trouble in the Senate with the expansion being proposed by the Governor.

This entry was posted in Business and Economy, Economic development, General Assembly, Governance and tagged Dick Hall-Sizemore. Bookmark the permalink.