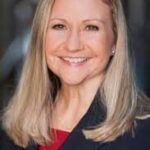 At a time when many of us are railing against Gov. Ralph Northam’s arbitrary and capricious executive orders, a Republican who wants to replace him is calling on President Trump to declare martial law.

Just what we need, another governor with tyrannical impulses. Not that State Sen. Amanda Chase has any chance of winning next year.

(Joe Biden) Not my President and never will be.  The American people aren’t fools.

We know you cheated to win and we’ll never accept these results.  Fair elections we can accept but cheating to win; never.  It’s not over yet.  So thankful President Trump has a backbone and refuses to concede.  President Trump should declare martial law as recommended by General Flynn.

By tossing out such a vacuous proposal Chase shows herself to be an unserious candidate unworthy of consideration to shape public policy.

But Chase threw it out there, which prompted The Hill to point out how radical such a move would be.

“The U.S. has never declared martial law, which gives the military broad powers in a time of crisis, at the federal level. But it has been used in some instances at state and local levels during disasters or times of unrest, such as in Hawaii following the attack on Pearl Harbor,” reported The Hill yesterday.

The GOP is struggling in Virginia. Face it, when Democrats nominate nuts they win elections. When Republicans do the same they lose.

But the new far-left majority in Richmond may have gone too far with its attacks on law enforcement and gun owners, Northam’s endless emergency orders and out-of-control parole board. Oh, and absurd laws like the one that gives driving privileges to illegal aliens.

The best chance for the GOP to win a statewide race is not by chasing the crazy vote, but with a candidate like Del. Kirk Cox.

A conservative who’s not a loon.

Cox is a retired high school teacher who’s served in the House of Delegates since 1989. He was Speaker of the House until the GOP lost its majority in 2019.

“Senator Chase’s suggestion that martial law be imposed is absurd and dangerous,” wrote Cox in a news release. “I taught government for 30 years and have great respect for our constitutional republic. Per that system and the electoral college vote yesterday, Joe Biden will be the next president.”

Chase and Cox will compete for the Republican nomination at a convention next spring.

Chase is the darling of the far right. No doubt she’s now the darling of Virginia’s far left, too, as she drives independents far away from the Republican Party with her idiotic call for martial law.

This entry was posted in Courts and law, Governance, Uncategorized and tagged Kerry Dougherty. Bookmark the permalink.