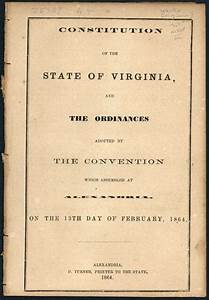 The Virginia Bill of Rights – Article I of the Virginia Constitution – grants you and me the right to cast an informed vote free from government manipulation. When considering this right, I cannot decide who is the bigger phony: Republican gubernatorial hopeful Senator Amanda Chase, R-Chesterfield, or Democratic Attorney General Mark Herring.

According to Chase, the gun on her hip and leadership role in the “Transparency Caucus” mean citizens can trust her to protect them against being manipulated by the political elite. As for Herring, he is seeking re-election as legal gunslinger whose leadership role in bringing federal lawsuits against outside special interests shows he can be trusted to protect Virginians from the financial elite.

Move over Oscar and Felix: Here come Amanda and Mark. They are the Odd Couple selling the biggest constitutional scam in Virginia since 1902.

Back then the General Assembly, backed by the Attorney General, enacted the “white supremacist” Constitution disenfranchising 90% of African Americans and 50% of white voters (this latter statistic is seldom cited). The political elite in Virginia have long feared a free and informed vote of all the people. The actions of Chase and Herring here in 2020 demonstrate the continued existence of this bipartisan disdainful elitist element in Virginia politics.
Consider: For the last several years, Texas billionaires and other out-of-state special interest groups having been pushing the General Assembly to amend the Virginia Constitution. They have directed huge sums of money (several $250,000 checks got deposited in recent weeks) through their Virginia front groups. Their minions, using the unspoken threat of 2021 campaign cash, managed to convince the General Assembly to propose adding two amendments to the Virginia Constitution changing the way we draw state senate and house electoral districts.

Like most Virginians, I believe we need to reform the redistricting process. But I do not believe our politicians have the right to deceive the public for the purpose of manipulating citizens into voting to approve the Redistricting Referendum on the 2020 ballot.

Article XII, Section 1 of the Virginia Constitution provides the General Assembly two Referendum options when proposing constitutional changes. Legislators can put the entire text of the proposed changes on the ballot. The General Assembly chose instead to place on the ballot their description of their proposed amendments. If the public votes to approve the Referendum, then the full text of the unseen amendments are adopted.

There have been roughly 80 such descriptive Referendum elections over the last nearly 100 years. I have read them all. There has never been one — until now –- where the General Assembly chose to simply deceive the public, thus taking advantage of the fact that unsuspecting voters assume the ballot description is a fair, accurate and transparent summary of the vital provisions.

Do the political and legal math yourselves. One of the two proposed constitutional amendments add new criteria for drawing the new 2021 Senate and House electoral districts next. The second creates a Virginia Redistricting Commission to draw the district lines using such criteria.

Here is the wording of the Redistricting Referendum on the 2020 ballot in its entirety:

There is not the slightest mention of the proposed criteria changes. Nada. Mr. Herring recently conceded in a court document that few Virginians voting to approve the Referendum would know their vote translated into putting these unmentioned criteria changes into the Constitution. If a business marketed a product using such misleading language, Mr. Herring would haul them into court. But he claims the Constitution of Virginia allows the General Assembly to hawk such consumer frauds. He claims Article XII of the Constitution gives lawmakers the right to deceive voters if needed to secure passage of their constitutional amendment. Ms. Chase voted on March 5, 2020, to put this materially flawed, misleading description on the Referendum ballot. So did every member of the General Assembly leadership.

This is the most egregious constitutional scam in Referendum history, justified by the most ridiculous constitutional theory since the Byrd Machine’s claim that states’ rights allowed Virginia to defy the 1954 Brown v Board of Education decision.

The Referendum wording has material omissions.

Amazingly the General Assembly and Mr. Herring’s office have previously conceded that it is impossible to provide a “neutral” description of these constitutional changes without discussing the proposed criteria changes, the supermajority requirements among other provisions omitted from the ballot description. In fact, the term “citizens of the commonwealth” cited in the ballot description does not appear in the actual text of the proposed amendments!

Herring’s absurd “right to deceive” legal argument produced this legal silliness. I brought to his attention an Ohio Supreme Court case outlawing this very type of misleading and inaccurate Referendum wording. Herring conceded I was right. But he said the Ohio case could be distinguished: to wit, the Ohio Constitution specifically forbid unfair and misleading ballot descriptions. Since the Virginia Constitution did not specifically prohibit the General Assembly to deceive the public through a ballot description, the legislature had a constitutional right to fool the public.

Herring’s “right to deceive” is an unprecedented constitutional interpretation. But at least he publicly admitted it. Chase and her colleagues have simply chosen to silently manipulate voters.

Bottom line: Chase and Herring are the Odd Couple of elitist disdain for the right of the people to an informed vote free of government manipulation. This Chase-Herring “right of the government to deceive us” theory of “politicians know best” has no place in 21st century Virginia.

Paul Goldman, a former chairman of the Democratic Party of Virginia, is a candidate for lieutenant governor.

This entry was posted in Governance, Open Government. Bookmark the permalink.