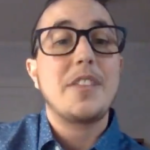 This delay may do little to staunch the national outrage over the repulsive positions this professor has taken towards perverts who are sexually aroused by children.

In an email to the university community this afternoon, ODU President Brian O. Hemphill announced that “Walker has decided to step down from their position as assistant professor of sociology and criminal justice at the conclusion of the Spring 2022 semester. As I previously explained, and as both the University and Dr. Walker reiterated in our joint statement today, our decisions were made to protect the life and safety of faculty members and others on campus and beyond.”

Nice try, but it looks like ODU is trying to have it both ways:

The school wants to placate irate parents, students and especially donors who were disgusted that someone trying to excuse pedophilia was on the faculty of their beloved institution, while at the same time this school is trying to avoid an ugly lawsuit from leftist groups who believe that “academic freedom” includes using one’s connection to a prestigious school to push a repulsive agenda.

Given the radical leanings of many academics, it is rumored that some faculty members would revolt if Walker were simply sacked.

Keep an eye on ODU’s donations to see how this latest development plays with alums.

This entry was posted in Education (higher ed), LGBQT and tagged Kerry Dougherty. Bookmark the permalink.