All Fatal Wounds Are Self-Inflicted 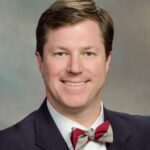 There’s no better example of how great Virginia Republicans are at forming circular firing squads than the disaster underway in the 97th House of Delegates district, where allies of the incumbent are seeking to change the rules and cancel a nominating convention he was about to lose.

Del. Christopher Peace, R-Hanover, who chairs the House General Laws Committee and is a senior member of the House Appropriations Committee, may become a victim of his 2018 vote in favor of Medicaid expansion, although his rhetoric in support of that vote has also become an issue. Challenger Scott Wyatt highlights on his website a reported Peace comment comparing opposition to Medicaid expansion to 1960’s Massive Resistance against school integration.

In its story today on the dispute over the effort to cancel Saturday’s convention, the Richmond Times-Dispatch sort of buried the biggest news I saw:

Opponents of a convention have cited cost as a concern. In response, Miller noted in an email Wednesday to Republicans that Senate Majority Leader Tommy Norment, R-James City, has agreed to fund all convention costs that exceed the candidate filing fees.

Norment is working to unseat Peace. Norment aide Jeff Ryer attended Wednesday’s meeting, observing from the back of the room.

Whoa. The Senate Majority Leader is pledging his own ample campaign funds to support a convention expected to oust a fellow incumbent in the other body? Norment’s involvement has since been confirmed with some of my own sources, who also cite the Medicaid expansion vote and the internal shoving matches that followed. I guess since the Senate GOP is challenging virtually no incumbent Democrats, excess funds are available.

So, word now is the convention, supposedly cancelled by the governing Legislative District Committee Wednesday, will happen anyway and may be followed by a June 1 closed process called a “firehouse primary,” where only registered voters who sign a party loyalty pledge can vote. Given that restriction, that seems like a Hail Mary into an empty end zone, but there could be two nominees from the different processes. The dispute seems headed first to internal party appeals and then maybe to court.

Adding to Peace’s troubles is a unusual public charge from a fellow Republican delegate that his legislation was held hostage in the General Laws Committee, with Chairman Peace seeking an endorsement before he would let the bill be heard. As chair, he has that prerogative and such hardball tactics are not unique. The implied quids and quos are always there and can be made quite explicit.

The log rolling charge is coming from Del. Nick Freitas, R-Culpeper, who just happens to be married to a woman challenging Republican State Sen. Emmett Hanger’s nomination over the same issue of Medicaid expansion.  “That sort of transactional politics is what’s wrong with Richmond,” Freitas says in his “I’m not endorsing anybody” video detailing his charge.

Both political parties are in deep ideological disarray these days, perhaps no worse than in times past. It was a shocking eye-opener to me when, as a party operative over 30 years ago, I heard some leaders say they’d rather see a Democrat win than “the wrong kind of Republican.” My job was to get 51 in the House or 21 in the Senate and ideological purity was of no interest to me. The party purists never loved me.

The Medicaid vote was a tough one, one that Peace justified with Bible verses and other high-minded rhetoric. He was similarly effusive in his support of the 2018 Ratepayer Bill Transformation Act, pushed by Dominion Energy Virginia and still playing out in higher and higher electric bills for decades to come, with a transformed grid nowhere in sight.

That guest column in the RTD included this little swipe at my client, not forgotten:

Unfortunately, in certain circles, some who are railing against this year’s proposal would rather have no change than endorse a prudent step forward. I am surprised that the Virginia Poverty Law Center and other consumer advocates don’t appreciate this legislation in light of its beneficial unwinding.

The most powerful charge being leveled by Wyatt is that Peace is captured by the lobbyists behind bills like these, and points to Peace’s much  richer donor list as reported on the Virginia Public Access Project. A late donation reported by VPAP today just adds to the potential impression.

It was a last-minute change to the membership of the Legislative District Committee, adding someone who works for that certain major Main Street legal and lobbing firm, which provided the vote to cancel the convention and replace it with internal party primary  Here is how one GOP-leaning organ reported on that.

Until just recently, Virginia law allowed incumbents to choose their own nomination process, an outlandishly unconstitutional incumbent protection. That’s gone. None of these people own these seats, and they must earn them back every election. Peace is bright, regularly demonstrates that long-forgotten trait of compassionate conservatism, but he is proving again Haner’s First Law of Politics: All fatal wounds are self-inflicted, and only self-inflicted wounds can be fatal.

That’s true for Peace and for the whole Republican Party.