AG Sought Rejection of Some Solar Over Cost 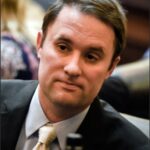 The Commission, however, did not take them off the approved list and thus did not “use its authority to send a regulatory signal to the Company that excessively priced projects will not be approved,” as Miyares requested. This is just the beginning of a years-long process of many such applications, including the pending offshore wind project. Such a missed opportunity could be important.

The recommendation from the Office of Consumer Counsel was contained in a final January 19 brief filed in the case. That was the Wednesday after the Saturday Miyares took the oath as Attorney General, so there is no real way to know if it differed from what Attorney General Mark Herring (D), the man he replaced, would have asserted had he won the election.

It is a fairly assertive argument, however, pushing back on the common notion that compliance with the Virginia Clean Economy Act – which will remain state law after the 2022 General Assembly failed to change it – means doing whatever Dominion wants or means reading that complicated law in the way Dominion interprets it.

Requiring electric utilities to transition to net zero carbon emissions will involve significant costs approaching $90 billion. The General Assembly has made the policy decision that Virginia’s electric utilities will transition to net zero carbon emissions over the next three decades. As with any long-term utility planning, there are pathways forward that will be higher cost and others that will be lower cost. The Commission, as the economic regulator overseeing this transition, has the authority to ensure that the costs of the transition are reasonable and no more than necessary. (Emphasis added.)

Miyares’ Office of Consumer Counsel objected to the projects on the basis of excessive cost, having compared the levelized cost of energy (LCOE) of the various proposals (which vary widely). It also compared the projects it objected to, all of them to be built and owned directly by Dominion, to other projects in the application which were owned by third parties and merely subjects of power purchase agreements (PPAs). PPA’s are usually cheaper on consumer cost comparisons.

How much will these projects now cost ratepayers, and how much more than lower cost alternatives? The AG’s brief is peppered with blacked out portions where the hard numbers are redacted. It was accompanied by a separate addendum which was completely sealed. This is the maddening secrecy that surrounds the key financial debates that will determine the cost you pay for electricity for the next 30 years.

Rejecting those specific projects which it claimed “would result in unreasonable cost burdens for customers as compared to available PPA options” was one of three major recommendations offered by the Consumer Counsel. Of the other two, neither was firmly decided in the final order.

The second also addressed company-owned versus outside-provider generation.   As it laid out the decades of investment in solar, wind and storage facilities Dominion is to undertake, the 2020 statute also dictated that 35% of the power would come from non-utility sources. Dominion sees that as a ceiling that promises it no less than 65%, while the Consumer Counsel argued it is a floor that can be exceeded. And if it is better for the consumer, it should be exceeded, the brief argues.

The third dealt with a bit of accounting legerdemain that Dominion practiced, but which was widely called out and condemned. While still part of the PJM Interconnection regional electricity market, Dominion no longer participates in the capacity auction. It no longer puts its power plants under PJM control in exchange for major cash capacity payments.

Yet in its economic analysis of the consumer costs for this array of solar and storage projects, PJM capacity payments were included, assumed, and greatly skewed the claimed LCOE and net present benefits (which, again, you and I cannot see.) It is possible this lay reader may have missed it, but the Commission didn’t seem to clear that up in its final order. It was not the only question left pending, leading to this circular footnote:

Also called out and condemned by the AG and other parties was Dominion’s claim that it could value the renewable energy credits (RECs) generated by various projects as equal to what it calls the “deficiency payment” of $45 per megawatt hour. The “deficiency payment” is in effect a fine, imposed by the VCEA (remember, written mainly by the utility) if Dominion fails to meet the rising annual targets for providing emissions-free electricity.

When I first spotted the “deficiency payment” in the bill in 2020, my initial concern was that it would just be passed on to consumers. That was unimaginative on my part. Now it is clear that Dominion had it in mind all along as an incredibly useful accounting gimmick, subtracting it as an “avoided cost” and thus making its projects seem cheaper. Now here it is being claimed in order to inflate the REC values beyond their actual market value, often a far lower dollar amount.

It is as useful, flexible and subjective as Einstein’s cosmological constant.

Ridiculous as it is, the Commission order did not prohibit the practice. It merely ordered Dominion in the future to model its costs both ways, using the $45 “cosmological constant” and the actual market values. That seems to leave open the possibility that the higher number, which is going to be a big issue with the wind project, could stay in the formula.