Add an Extra 40 Days to the School Year? It Just Might Work. 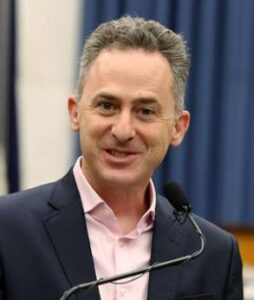 Jason Kamras has spent much of his time as superintendent of the City of Richmond school district blaming systemic racism for the system’s failure to educate thousands of inner-city school children, and most of his remedies call for more money — even though city schools spend significantly more per pupil than neighboring jurisdictions whose students perform far better. He has trumpeted one bad idea after another. But at long last, he is proposing an initiative that could be useful. I’m not being sarcastic here. I think it’s an idea that many school systems should explore.

In his proposed budget for the next fiscal year, Kamras submits the usual requests for more pay — a 2% raise plus a 1.17% step increase for every employee — and he wants to use federal stimulus funds to address what the Richmond Times-Dispatch refers to without elaboration as students’ “socio-emotional issues.” That’s a new term in the leftist lexicon. I’m guessing it has something to do with the trauma of poverty and racism. I imagine that we’ll hear more about it in the future.

Then there’s this: Kamras wants $8 million to add 40 academic days to the school year — in effect, creating year-round school — for 5,000 “high needs” students.

A big problem of public school systems today is mission creep. Instead of focusing on their core mission of teaching kids, many school officials feel compelled to take on society’s most intractable problems such as poverty and racism. Schools today are infused with a therapeutic, healing ethic in the hope that they can cure the ills of a dysfunctional society beset by broken families, absent fathers, substance abuse, domestic violence and widespread child abuse and neglect. Perhaps most teachers will successfully merge the roles of social worker, mental health counselor and instructor, but I have my doubts.

I am confident, however, that failing to teach kids how to read and write, then socially promoting them to higher grades where they fall even farther beyond their classmates, is not the way to conquer poverty and racism.

Kamras’ proposal to extend the school year addresses a real problem with a real solution: putting butts in seats and giving failing kids more time in the classroom.

The RTD article does not specify what kind of “high needs” kids Kamras is talking about. Perhaps they are the kids with “socio-emotional issues,” who have suffered emotional abuse and/or neglect and find it difficulty to control their emotional outbursts. These kids are more likely to skip school, skip class, or get evicted from class due to disruptive behavior. Consequently, they don’t learn as much. Rather than let them transition to the next grade, setting them up for failure, it makes sense to extend their schooling through the summer in the hope that they can catch up.

I don’t know for a fact that an extended school year will help these kids. How will they respond when other kids are out on summer vacation and they’re still stuck in school? Will they feel “stigmatized” (always a big concern for educators these days)? Will they continue to skip classes? We won’t know until we try. Hopefully, Richmond City Schools can learn from experience, incorporate feedback, and modify the program going forward to fine tune it. If no meaningful improvement occurs, the program can be scrapped. If it’s successful, the school system can build on it.

Remember, the trick to making government (and schools) work is to experiment, measure, analyze, modify, and start the cycle over again. If Richmond can make this idea work, other schools systems can learn from it and maybe, just maybe, Virginia can make some real progress in the war on poverty.

This entry was posted in Education (K-12), Poverty & income gap and tagged James A. Bacon. Bookmark the permalink.