A Tale of Two Professors 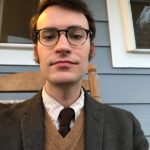 On the one hand, we have David Astin Walsh, a left-wing University of Virginia PhD student specializing in far-right politics, who taught a class at George Mason University last year.

On the other hand, we have Jeffrey Leopold, an assistant professor who teaches the Foundation of Commerce course at the University of Virginia’s McIntire School. 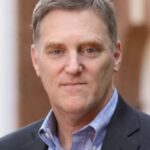 Let’s compare and contrast injudicious words uttered by each man, the ensuing institutional responses, and their responses to the responses.

Walsh, whose Twitter tag is “David ‘That’s *Dr.* Commie F*ck’ Walsh,” posted the following statement on Twitter last week: “Here’s the thing: if the worst-case scenario happens next week, American’s don’t need to just ‘protest.’ They need to actively try to topple the government.” In a follow-up tweet, he said, “Also worth noting that the military has already made it clear that in such a scenario, they’re not going to back Trump.”

Here’s the thing: if the worst-case scenario happens next week, Americans don’t need to just “protest.”

They need to actively try to topple the government.

Calling for the violent overthrow of the U.S. government in a “worst-case scenario” involving the re-election of the president requires no elaboration.

In his UVa class on Oct. 22, Leopold made the following statement: “Africans didn’t know what food meant.”

Apparently, he made the statement in gest, although I struggle to find anything remotely humorous about it. Indeed, the statement was incomprehensible. If the quip meant to appeal to some stereotype about Africans, what was the stereotype? That Africans don’t have food? That they’re lousy cooks? Whatever the intention, the remark was spectacularly ill-advised at an institution in which black students are hyper-vigilant about racially insensitive comments.

If you’re with me so far, here’s where we stand:

Word of Walsh’s tweet got back to George Mason, and university officials felt moved to distance themselves from his rhetoric.

Contrary to earlier reports, @DavidAstinWalsh does not teach for @GeorgeMasonU nor is he a Mason faculty member. He did teach one class as a part-time instructor last year, but he is no longer an employee of the University. That said, we do not agree with his statement.

It was reassuring indeed to hear that GMU “does not agree” with Walsh’s violent overthrow of the government.

The reaction to Leopold’s comment was more assertive. The Organization of African Students denounced the statement. “There have been multiple instances where faculty members and staff have made ignorant, and inherently racist statements, where the N-word was utilized and minority groups ridiculed and that is unacceptable.” The organization also called upon the University to “increase the standards of the yearly diversity and bias-awareness training.”

Due to recent events of unprofessionalism and racism with the classroom, the Organization of African students demands the University takes further steps in order to make ALL students fill comfortable within a classroom setting. pic.twitter.com/wvORqfVPsq

That was Oct. 29. The very next day, WVIR reported that Leopold had issued the following statement in apology:

On Thursday, October 22 in my class, I made statements that were both insensitive and offensive. I sincerely regret doing so and I am deeply sorry for my actions and my words.

I care deeply about all of my students and the UVA community at-large and I will never forget this judgment error. Over the past several days, and with counsel from McIntire leadership, I have reflected on my actions. I know that what I said was wrong and I appreciate even more so the great importance and impact of what I say in and out of the classroom. It is clear that I should have been more thoughtful with my comments and I apologize.

I tremendously value the opportunity to spend my time, energy and passion helping the brilliant students at this University fulfill their potential. I have a deep interest and willingness to continue to learn and become a better professor and educator. I hope, in turn, that those whom I have hurt can help me continue to broaden my perspective so that I can do a better job, with greater sensitivity and awareness going forward.

by contrast, Walsh is not apologizing for anything. As word spread about his comments in the conservative Twitterverse, he tweeted the following:

Ah, this explains a lot. pic.twitter.com/ZQyFhPKOlE

What's distinct about the right-wing vs. the left-wing Twitter mobs is that they both call me a dipshit and a dork but at least on the left a substantial percentage say that I'm still hot.

This entry was posted in Culture wars, Education (higher ed), Marxism, Uncategorized and tagged James A. Bacon. Bookmark the permalink.