A Reasoned Approach to Neck Locks 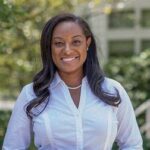 Democrats may control both the state Senate and the House of Delegates, but it is increasingly apparent that there are significant differences between the two chambers. The House, to borrow Freudian symbolism, reflects the id of the Democratic Party, the subconscious urges welling up from the reptilian brain. The Senate functions as the ego: the conscious, thinking part of the personality that moderates between the id, the superego (internalized values and morals), and reality. As a consequence, some of the crazier legislative ideas emanating from the House have been killed or watered down in the Senate.

A case in point is the initiative to ban the police use of chokeholds.

In a response to the George Floyd killing in Minneapolis, the House passed a bill, HB 5069, which declared that any police officer in Virginia using a “neck restraint” in the performance of official duties was guilty of a Class 6 felony with provisions for increase in periods of imprisonment.

This was a Pavlovian, id-like response to a tragic killing (which may have been a murder, although that has not been determined yet). I am willing to lay long odds on the fact that the bill’s author, Del. Carroll Foy, has never herself been faced with a situation in which had just managed to wrestle an adrenaline- and meth-fueled criminal suspect to the ground.

Let’s assume for the sake of argument that Ms. Foy was a police officer who had failed to subdue the miscreant with a taser. And let’s assume that she did not want to shoot her gun. Further, let’s assume that the gentleman in question was continuing to struggle violently against restraint. What would one do in such a situation?

I am not an expert in the kinds of restraints that police officers are taught, but I did study martial arts for 16 years. I know from first-hand experience, having been on both the delivering and receiving end, that there are multiple ways to restrain someone. In one technique that I recall as being exceedingly effective, I wound up prone, face grinding the ground, my arm lifted behind my back, and my wrist in a lock. I wasn’t going anywhere. All it took was a slight increase of pressure on my wrist, and I’d be begging for mercy. In an ideal world, such a restraint would be used in all cases.

The problem is that when you are grappling with someone who is resisting, your adversary may not present his arm in such a way that you can force him to the ground in the manner just described. In the heat of the moment, you grab whatever you can, and you do whatever works. That’s why martial artists practice literally dozens of techniques. Sometimes, you find yourself in a situation in which, given the configuration of bodies and limbs at that moment, the only practical hold available is a neck lock.

Foy’s bill would eliminate a means of restraint that is likely non-lethal about 99.9% of the time.

The Senate was more cognizant of the difficulties police officers experience. In the Senate version, reports the Virginia Mercury, (1) police should be allowed to use neck restraints as a last resort, and (2) there was no need to create an additional felony charge.

Sen. Scott Surovell, D-Fairfax, argued that strangulation is already a felony and that in many cases it would be harder to pursue criminal charges than administrative penalties in cases of wrongdoing. And he said that while the House’s proposed ban sounds stronger than the Senate’s language, there would be no practical difference because common law establishes a right to self defense, meaning an officer could use a chokehold when they believe it’s necessary to protect themselves regardless of any prohibition to the contrary.

“We don’t need to muck up our criminal code anymore with a new felony on the books,” he said.

I don’t know if I’d equate neck locks with “strangulation,” but his comments are informed by reason. Surovell was the “ego” reconciling the urges of the Democratic “id” with reality. Police groups — and most Republicans, I’ll wager — preferred no legislation at all. But Surovell’s version is one that most people will find acceptable.

This entry was posted in Crime , corrections and law enforcement, General Assembly. Bookmark the permalink.