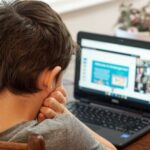 Since “following the science” is in vogue, there should be no debate now that ALL schools should be open for in-person classes.

Every damn one of them. Five days a week.

The science is clear and has been since last spring: COVID poses very little risk to children. And infected children rarely infect adults.

Parochial and private schools have been in-person five days a week since August in most places with very few problems.

There is no need to rehash the cornucopia of problems facing public school children, from mental illness to suicides to simply disconnecting from school altogether.

Yet this week in Portsmouth — a city with what the newspaper euphemistically calls “underperforming” schools — three members of the school board voted to keep kids out of class through the end of the year.

Luckily, for elementary school children, six others voted yes and they get to return to class.

A bold plan to include middle school students in the reopening was defeated by a school board that clearly doesn’t care about kids or science. As a result, Portsmouth students are doomed. They will fall even farther behind their cohorts around the commonwealth thanks to the bad decisions of government officials.

This has to stop.

We simply cannot allow fearful, superstitious people, who refuse to look at data or science, to keep children out of the classroom any longer.

If school leaders had any guts — and they’ve demonstrated over and over that they don’t — they would abolish the virtual option next fall. It’s cumbersome and cheats children who need to be in class with their friends.

Since when do the overblown fears of parents require the taxpayers to provide their kids with a remote option?

Ask teachers how hard it is to conduct in-person classes while also teaching virtually. The ones I’ve talked to hate it. The kids in the classroom lose out and the kids at home, well, we know what’s happening with them.

In the past, children who were ill or incapacitated in some way were given homebound instruction. But the notion that parents who simply watch too much MSNBC get to demand that schools provide remote instruction for their offspring is wacky.

If parents do not want their kids in the classroom, fine. Let them homeschool.

Professional teachers need to be able to teach. In class, to the children sitting in front of them.

It’s time to end the madness of virtual instruction before it becomes a habit and parents demand remote classes when there’s an outbreak of athlete’s foot or the seasonal flu.

Remote learning was a failed experiment. Follow the science. Scrap it.