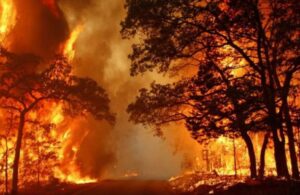 As a retired teacher and mother of two raising a school-aged grandson, I am concerned about what is being taught in the Virginia’s public schools. Two weeks ago, I spoke at a Mathews County School Board meeting to voice my concerns about Critical Race Theory.

A February teacher-training workshop on Equity and Culturally Responsive Teaching in Virginia Beach was leaked to the internet on rumble.com. Several Black presenters were indoctrinating White teachers about racism. Each one repeatedly told the White teachers that they were racist and that all White people are racist. One woman continually tried to persuade the audience to admit they were racist. “One of the most freeing things that White people can do,” she said, “is say ‘of course I’m racist.'”

The Virginia Department of Education (VDOE) VA Ed Equity website has a 50-page program for grades K-12. The Forward is written by Dr. James F. Lane, the Superintendent for Public Instruction at VDOE.

He states that for too long students in our communities of color have faced systemic racism in our schools. He calls for courageous conversations on social justice, systemic inequity, disparate student outcomes and racism in our School communities.

In this Equity Plan, the VA School Boards are directed to adopt an “anti-racism policy.” They are told to identify, remedy and prevent racially inequitable outcomes. Their policy should include the prohibition of racial discrimination.

Ed Equity instructs School Boards to remove language from the Student Code of Conduct that categorizes racial justice movements as “racist,” “hate speech” or “controversial.” These movements include: Black Power, Black Lives Matter and La Raza. The Southern Poverty Law Center is used as a resource to track any racial hate groups. The creation of “Affinity Clubs” is recommended for the “historically marginalized” students in the schools, which would segregate children into separate groups.

Another contributor in VA Ed Equity is the National Equity Project,. a Social Justice organization based in Oakland, Calif., that promotes Equity in all areas of society, including education and the criminal justice system.

This group wants to “acknowledge and make meaning of the historical and ongoing impacts of racism and white supremacy. Not to assign blame, but to inform a new way forward.” The organization also aims to dismantle the inequitable structures that are currently in place. “New liberating systems must be designed with conscious intention and a shared vision for a desired future state.” One projects is entitled ‘”Every Child Deserves a Black Teacher.”

Equity, Diversity and Inclusion programs have motivated parents across the country to demand that teachers stop indoctrinating their children. They are forcing children to hyper-focus on a person’s color, causing distrust and bias amongst their peers. Ironically, the Black leaders who are pushing this agenda, are very successful individuals — both financially and academically. How did they succeed, if America is systemically racist?

In the recent Gubernatorial Debate, Democrat Terry McAuliffe said he doesn’t believe parents should tell schools what to teach. That is a violation of Virginia Law. Republican Glenn Youngkin, believes in the rights of parents which is stated in the Code of Virginia 1-240.1 Rights of Parents. It states:

A parent has a fundamental right to make decisions concerning the upbringing, education, and care of the parent’s child.

This provision in Virginia Law was passed in 2013 to bring Virginia in statutory compliance with US Supreme Court rulings affirming the rights of parents to determine the education of their children.

Parents, grandparents and concerned citizens need to keep informed and demand transparency. The children need us to be their advocates. We want equal opportunities for all Americans, not equal outcomes.

Marilyn Rainville, a retired teacher lives in Hudgins, a community in Mathews County.