A Low Solar Minimum Bill Ups Yours, By Design 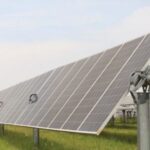 Virtue signaling can be fun.  It can also be profitable if you can shift the overall cost onto somebody else. That is what is going on in the battle over a proposed “minimum bill” for Dominion Energy Virginia customers who seek to partially escape the utility by signing on with a separate shared solar provider.

Everybody who signs up for the outside service will still expect full power on cloudy days, or anytime some other circumstance reduces the flow from the solar panels owned by the third party. They just don’t want to pay the full freight for that back-up service, and would rather pass the bill on to you.

The debate burst into the Richmond Times-Dispatch Sunday with a guest column from a paid advocate for a green energy group calling itself Conservatives for Clean Energy.

Democrats and Republicans alike supported the vision of the 2020 shared solar legislation as a program where all Virginians could access the opportunity to lower their energy costs. This momentum is something we all can be proud of. But as Newton’s law tells us, momentum easily can be derailed.

Well, you’d better hope it is derailed. What these folks know about physics, or accounting for that matter, would fit into a thimble. The giveaway is the claim this would “lower energy costs,” as if one of Newton’s laws establishes that, in the field of electricity, a free lunch can be had.  Sir Isaac made no such claim.

What is before the State Corporation Commission involves a fairly small demonstration project, but once the model is established the plan is for it to grow as fast as the solar industry can sell it. At some point the cost-shifting will hit regular bills substantially, further incentivizing people to consume their product (not an accident.)

With the full cooperation and participation of the General Assembly over several years, helped by several compliant governors in a row, Dominion Energy Virginia has grown into a gigantic, expensive behemoth of guaranteed profits and massive excess supply. It is growing more reliant on intermittent sources, with plans on the books to explode consumer costs with an even less reliable generation mix. Low-cost competitors are driven out.

The Code of Virginia is peppered with special electricity charges that cannot be bypassed by any customers, special consideration for “environmental justice” or “equity” customers, and expensive subsidies to place tony suburban neighborhood tap lines underground or buy LED light bulbs for poor folks. That is the morass of costs unrelated to generating juice that underlie the State Corporation Commission’s pending proposal for a minimum bill.

As ye sow, General Assembly and Gaggle of Governors and Worshipers of Sol, so shall ye reap. You cannot create this costly mess and then pick some winners who can escape paying the tab. If the SCC is seeking to prevent cost shifting onto ratepayers who choose not to join a solar cooperative, it is doing the Lord’s work.

Now to the details and the case record, which has been building for almost two years, starting soon after passage of the 2020 legislation that authorized this arrangement. The center of the debate is the 65-page report, filed on February 16, of a hearing officer who recommended a minimum bill close to what Dominion wanted but a bit smaller.

It was not in dispute that some level of monthly minimum bill is required. The 2020 bill description is clear:

Under the program, a subscriber receives a bill credit for the proportional output of a shared solar facility attributable to that subscriber. Subscribers are required to pay a minimum bill, established by the Commission, that includes the costs of infrastructure and related services.

But solar industry advocates rallied behind a proposal that did not include “the costs of infrastructure and related services,” coming up with a minimum bill of about $7.50 per month for 1,000 Kilowatt hour usage, plus the normal usage charge for any electricity bought which the cooperative agreement didn’t provide.

What does it cost per residential customer to maintain those transmission and distribution lines that make up the grid — the grid this shared solar customer will still connect to and use? About $47 per month for that same 1,000 kWh of power. In coming up with this proposed minimum bill of more than $74 for that same 1,000 kWh customer, Dominion included that and also a complicated formula to pass along a share of costs of its generation fleet and plenty of overhead.

The SCC staff analysis came down in the middle, at about $55 per month, closer to Dominion’s but lower mainly because it assumed lower administrative costs for the utility. The SCC hearing examiner agreed with the staff suggestion, setting off the complaints that the minimum bill would be so high it would discourage participation.

Wait, shouldn’t setting an honest price to recover actual costs be the market signal we want? Apparently not. Subsidizing virtue by charging extra to those who would rather not go solar, that’s the ticket.

The SCC staff also agreed with Dominion that customers in the shared solar plan could not escape paying certain non-bypassable changes established by the Assembly. An industrial or commercial user with an alternative supplier cannot avoid them, and nothing in the 2020 bill said these people could, either. Again, if the shared solar folks escape, the rest of us must split their share.

So a few extra bucks are added to cover cost recovery for the ongoing coal-ash disposals, the renewable portfolio plan and some solar programs, and even the monthly fee now on all bills to provide subsidized electricity for low-income users under the Percentage of Income Payment Plan.

The final blow: the General Assembly dictated that low-income customers signing up for this — and to be legal it must be a substantial percentage — would not pay any minimum bill. The consensus is that those costs will be added to the (totally unrelated) fuel charge on everybody else’s bill. At the Dominion proposal level, that’s about $900 in yearly subsidy and at the SCC’s it is about $660.

How many free riders will that be? How much cost is added to the fuel-factor pot paid by others? I could find no such detail. We the ratepayers are not supposed to know. The cost shifting will begin there.