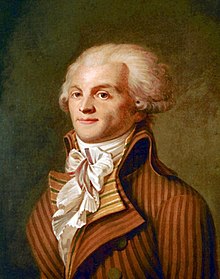 California is one of the five bluest states in the Union. Democrats have supermajorities in both houses of the state legislature and a sometimes-masked Democratic governor.

It can’t pass single-payer healthcare. It has not even been able to get a bill to the floor of the Assembly (lower house). It failed again today.

An object lesson for California politicians. Assembly Speaker Anthony Rendon, D-Lakewood, refused to bring a single-payer bill to a vote in 2017.

[That year]… after Assembly Speaker Anthony Rendon pulled the single-payer bill, [California Nurses Association President RoseAnn] DeMoro tweeted a picture of the iconic California grizzly bear being stabbed in the back with a knife emblazoned with Rendon’s name. The legislator — a Democrat — said he was besieged by death threats after that.

He is now a supporter.

There is a lesson for Virginia Democrats in the saga of single-payer in California.

Assembly Bill 1400, California Guaranteed Health Care for All Act (CalCare), which would have established a statewide single-payer healthcare system, did not make it to the floor for a vote yesterday.

It became clear that we did not have the votes necessary for passage and I decided the best course of action is to not put AB 1400 for a vote today.

The healthcare provider community is split. California doctors’ organizations are opposed to CalCare.

But the California Nurses Association was fiercely in favor of the bill, and fiercely disappointed with Mr. Kalra. The Association accused him of:

…providing cover for those who would have been forced to go on the record about where they stand on guaranteed health care for all people in California.

Nurses are especially outraged that Kalra chose to just give up on patients across the state.

Lesson Number One. The revolution does not tolerate evidence of lack of fervor, much less failure, even from those aligned with them politically. Ask Joe Biden.

Dig up Robespierre and ask his head.

The California Chamber of Commerce led a coalition of 122 business interest groups in opposition to the bill, who largely objected to the proposed funding mechanism for CalCare, which would have come from a $163 billion tax increase. The overall cost could have been between $314 billion and $391 billion, according to a legislative analysis of the bill. That’s in line with how much health care in California costs currently — overall health care spending from all sources was $330 billion in 2021, according to the analysis.

Jim Wonderman, the president and CEO of the Bay Area Council, described Kalra’s bill a “disaster in the making” in a statement Monday afternoon. “It was unworkable and would have cost California taxpayers and businesses hundreds of billions in new taxes, with little or no hope that it would ever produce any results.”

Who knew? Single payer costs a lot and that matters, at least at the state level.

Health insurance industry. Another voice was that of Fitch Ratings in a statement yesterday:

In current form, AB 1400 would essentially eliminate the need for the health insurance industry in the state, with California becoming the single payer, including for current beneficiaries of Medicare.

The negative impact on credit profiles would be most pronounced for health insurers with operations that are heavily focused on California given the eventual elimination of their revenue base in the state.

“Impact on the credit profiles” is an interesting way to put it.

Hard to imagine that Fitch would need to remind lawmakers that the bill, if passed, would wipe out the health insurance industry in California.

But it reminded them anyway.

Virginia. This event in California pretty much defines the boundaries of any single-payer debate in Virginia.