A Deeper Dive into CNBC’s Rankings 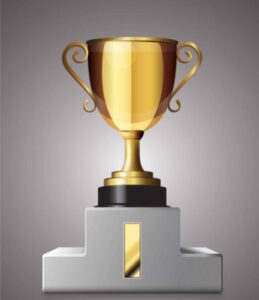 In doing a deeper dive on the CNBC Top States for Business rankings, two quotes keep running through my unsettled mind.

Why unsettled? Well, last year I posed this question to Virginia FREE’s Board of Directors:

If Virginia was a stock, would you Buy, Sell, or Hold?

Not one said Buy. They all said Hold. Thankfully, no one said Sell.

So, the first quote comes from New York Yankee Hall of Fame catcher Yogi Berra who is now more famous for his Yogiisms than his playing. This one was an answer to a question about a famous New York City restaurant — was it still as good as it used to be?

To which Berra replied:

No one goes there anymore, it’s too crowded.

The next quote comes from the movie Moneyball. In that scene, the general manager of the Oakland A’s, Billy Beane (played by Brad Pitt), asks his scouts about a player. They tell him one player has a great swing and when the ball comes off his bat you can hear it throughout the ballpark. Then Beane looks at the player’s statistics and he notices that the objective doesn’t line up with the subjective. That player might have a great swing but his batting average is suboptimal:

If he’s such a good hitter, how come he doesn’t hit so good?

Here’s what CNBC says about Virginia in its announcement last week:

This is Virginia’s fifth win, having previously taken the title in 2007, 2009, 2011 and 2019 – more times than any other state. At a time when companies are clamoring for talent, Virginia performed well in the critical categories of Education (#2) and Workforce (#3). High-performing high school students feed a well-funded higher education system. That, in turn, has helped Virginia assemble one of the most educated workforces in the nation.

Since CNBC started their ranking system in 2007, Virginia has been consistently at the top except for a couple years when we dropped to 12 and 13.

That’s a great run. We have a great swing. According to CNBC.

And before we start down the “you’re just trying to throw water on our good news” lane of thinking – stop – I am doing no such thing. As I have stated for years, Virginia is a great state for business and I want to keep it that way. As such, it is my role and responsibility to go beyond talking points and political theater in order to keep us moving in the right direction. Every winning team and business – which Virginia is right now – examines what they did right and wrong on the way to the championship.

Or paraphrasing the hottest business/sports guru out there today – Ted Lasso – it’s not about the ephemeral wins and losses, it’s about helping us find the best version of ourselves for the long haul of life.

Sports teams break down the tape/data/video and so should we because our competition is not looking to equal Virginia, it’s looking to get ahead of us.

Here’s how CNBC totals up an:

unprecedented 85 metrics across our 10 categories.

(And why do their metrics have to be “unprecedented” to determine these rankings?)

Here’s what CNBC says is the reason for those weightings (Bold for emphasis):

So, they base their weighting on how the states market themselves to attract new business? Okaaayyy….

CNBC has come under some light fire for adding a new category this year – Life, Health, and Inclusion. They:

decided to reimagine the category we formerly called Quality of Life.

The pandemic has changed the way we view health care. And the new, national focus on racial and social justice has led to unprecedented demands from corporations for inclusiveness in the locations where they choose to do business.

Ok, fine. It’s their ranking. But I’m curious as to why that’s worth 375 points while Economy and Business Friendliness are 250 and 200 points respectively. More on those later.

Oh what the hell, let’s do it now.

Where did Virginia rank in economic growth in the 1st Quarter of 2021?

Since we are the number one ranked state for business, one would expect us to be….#1? Well, top five? Easily top ten then, right?

According to the U.S. Department of Commerce’s Bureau of Economic Analysis, Virginia was #38. The growth rate was 6% and up from Q4’s 4.7%, but we were also 38th in Q1 growth.

The top five in Q1 growth rates were Nevada, Utah, New Hampshire, West Virginia, and Colorado. Nevada grew at 10.9% which is more likely than not a recognition of tourism opening back up – a reminder that growth rates are also relative and that Virginia’s lower ranking might be attributable to having a better economic foundation that Nevada’s.

Virginia is ranked #11 by CNBC this year; however, that’s down from #3 in 2019. Is this a one-off or a trend? To date, no headline writers have picked this up. Would they use Dips, Drops, Dives, or Plummets to describe the move? Words matter, but so does context. See above.

Now go back to the Life, Health, and Inclusion rankings. CNBC pulled the Top Ten from this category declaring them to be in a separate click bait story:

These are the 10 states are America’s best places to live.

Wait…what? New Jersey is a better place to live than Virginia? Pump the brakes, CNBC. Gotta throw up a Yellow Card on that one. And just how much have you been drinking?

Let’s see how they explained THAT ranking.

These ten states are America’s most welcoming in 2021.

Yes, Virginia is being outperformed here by the famous New Jersey Welcome Wagon.

Gotta call bullshit on that one.

Seriously, admit it – when you cross the border into New Jersey and see a sign that says “Welcome to New Jersey” you say aloud in the car, “They don’t mean it.”

But looking more closely at the CNBC website in the Life, Health, and Inclusion category narrative one finds this: (bold for emphasis)

We continue to rate the states on livability factors like per capita crime rates, health care and environmental quality. Because of the new focus from businesses, we have expanded our measures of inclusiveness, looking more deeply at protections against discrimination, as well as at voting rights and current efforts to expand or restrict access to the polls, based on legislation enacted as of June 1, 2021.

Ah. There we have it. New metrics courtesy of the corporate PR departments. Post pandemic election laws as a business metric? That’s a tough sell. But hey, not my ranking.

Speaking thereof, Coca-Cola and Delta sure seem to be quiet these days…

Now look at our competitor states which are usually the Carolinas, Georgia, Florida, Tennessee, and Texas.

They rank in the CNBC Life, Health, and Inclusion category – North Carolina 37, South Carolina 39, Florida 40, Georgia 45, Tennessee 46, Nevada 47, Texas 49, and Arizona 50. According to CNBC – they are the LEAST WELCOMING. Maybe they are less welcoming because so many people are moving there. See Yogi above and In Migration ranking below.

We can take a look at what are the states with the highest levels of In Migration:

Top Ten for Out Migration: Bold Italics here is a CNBC Top Ten State to Live in

Yeah, that’s a lot of rankings. And we haven’t even added in the OTHER ranking organizations which I discussed last week – Forbes, USNews, and Chief Executive Magazine.

But let’s get to the bottom lines, shall we?

I’ll add in my paternal grandmother and toss in “Consider the source.”

So, remember the context, consider the source, and selflessly plan to win the future.

Chris Saxman is executive director of Virginia FREE. This column is republished with permission from The Intersection found on Substack.

This entry was posted in Economic development and tagged Chris Saxman. Bookmark the permalink.