A Crime-Fighting Experiment at Gilpin Court 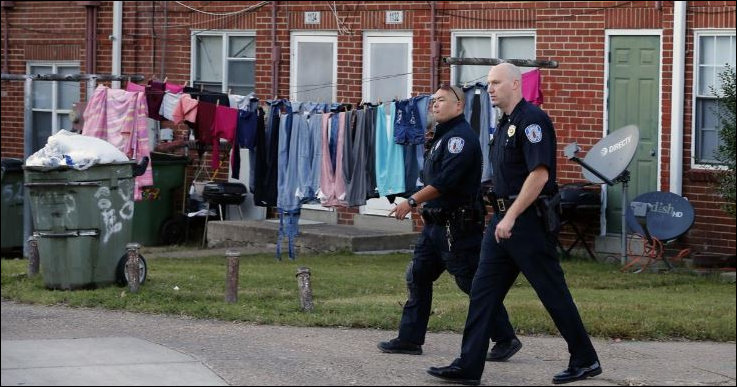 The Attorney General’s office is funding an interesting social experiment. On the theory that fighting crime requires addressing root causes over and above actually, uh, fighting crime, the AG is providing $1 million to fund programs designed to improve health, education and economic outcomes and strengthen neighborhood ties at the City of Richmond’s largest housing project, Gilpin Court.

“Instead of a top-down approach that tries to tell Gilpin what it needs, we’re going to bring together everyone who cares about this community and who has good ideas to reduce crime, strengthen the neighborhood, and improve quality of life for Gilpin residents, especially young people, said Attorney General Mark Herring, as quoted by the Richmond Times-Dispatch. “Greater Gilpin is going to reduce crime and make Gilpin Court safer by taking a more holistic approach and attacking the factors we know contribute to higher rates of crime, like poverty, drug use, limited educational or job opportunities, and poor health.”

The grant will allocate $187,000 to pay for additional police patrols in Gilpin Court, a project of 781 housing units occupied by about 2,700 residents. But the rest will go to hiring a full-time program coordinator and underwrite for programs identified through community meetings.

“Building stronger, safer communities means addressing the underlying factors that can contribute to violence and violent crime,” Mayor Levar Stoney said in a statement. “This initiative will build on the strengths of the community and empower Gilpin residents to have a say and a stake in the future of the neighborhood.”

The program encapsulates every liberal piety about the relationship between poverty and crime…. which, in my estimation, means that it is doomed to failure because liberal pieties about poverty and crime are misguided. While it is true that violent crime is more prevalent in poor neighborhoods, there has been very little correlation between changes in the rates of poverty and violent crime over the decades. The relationship between the two is tenuous and complex with many intervening variables.

One critical variable is the prevalence of families dominated by unwed mothers and the lack of consistent daily discipline provided by fathers, which results in a failure to enculturate young people with non-violent norms. Teenage boys roam free in Gilpin Court with few parental restrictions. They develop their own young, male, Lord-of-the-Flies subculture, which skews towards partying, substance abuse, petty criminality, an obsession with status among peers, and, often, violence.

To the extent that crime among male teens and young men is the outcome of rational calculation — weighing potential gains from crime versus the prospect of getting caught and punished — increased neighborhood patrols undoubtedly will be useful. Richmond police doctrine emphasizes the building of community bonds that engender trust with residences, so a heightened the police presence should have a positive impact. Conversely, while the funding of “community programs” may provide benefits to Gilpin residents, unless they interrupt the dynamic of fatherless boys, I am dubious that they will have any impact on crime.

I might be wrong, however. I’m not omniscient. Perhaps liberals have it right. Perhaps the program will be a smashing success. The fact is, nobody knows. That’s the point of conducting an experiment.

I’d be all in favor of conducting this particular experiment if it were set up so we might learn something from it. Ideally, the experiment would confirm or disprove the notion that addressing certain “underlying factors” by means of programs chosen through community input will reduce crime. Unfortunately by doing two things at once, both boosting policing and attacking root causes, the factors contributing to positive or negative outcomes will be hard to disentangle. If the program does prove to be beneficial, we are unlikely to learn anything from it because we won’t know whether the police or the community programs deserve the credit. In the absence of unambiguous data, liberals will continuing embracing their pieties, and conservatives theirs, everyone will continue believing what they always believed, and we will flounder about as always.

This entry was posted in Crime , corrections and law enforcement, Housing, Poverty & income gap and tagged James A. Bacon. Bookmark the permalink.